10 Members of the European Parliament called on Turkey’s Public Advertising Agency to lift the indefinite ban on Evrensel. 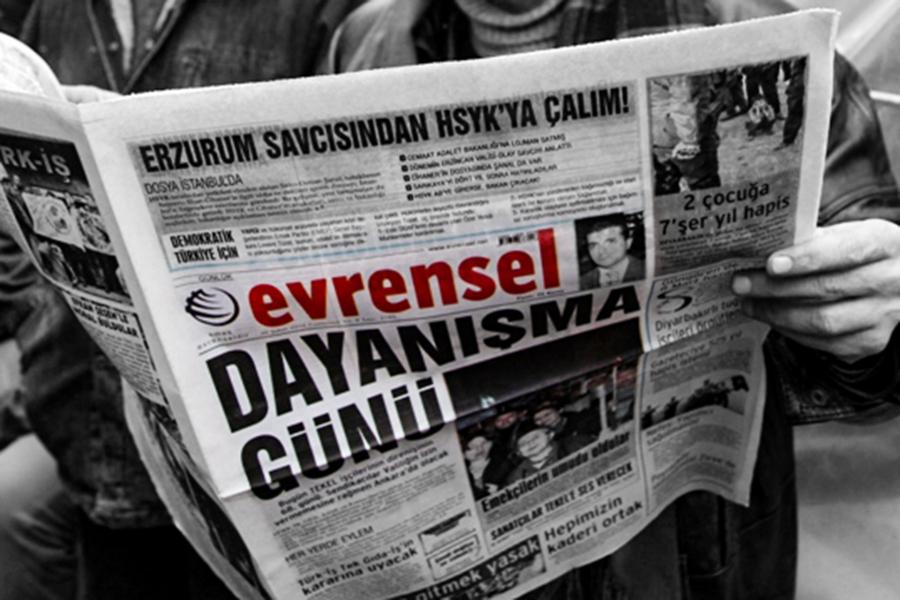 In a letter addressed to Rıdvan Duran, the general director of the Public Advertising Agency (BİK), the authority in Turkey responsible for the distribution of state advertising, ten members of the European Parliament called for the immediate end to the public advertising ban that has been imposed on the Evrensel newspaper since September 2019.

On March 28, 2020, the six-month deadline for Evrensel to regain its right to publish public advertisement will end. According to BİK regulation, should the ban last for a full six months, Evrensel faces being removed from the system for at least three years, which would be catastrophic for its financial stability.

Last week, 24 international and local press freedom organizations sent a joint letter to Duran calling the ban to be lifted. In February an IPI-led delegation met with Duran and raised concerns about how advertising bans on independent newspapers were being used by the authorities to stifle the free press in the country.

Read the full letter below:

We, undersigned Members of the European Parliament who follow developments related to press freedom in Turkey closely, are writing to express our concerns regarding the indefinite ban on public advertising against the independent newspaper, Evrensel.

Media freedom and pluralism in Turkey are important to the European Union. Both are pillars of democracy as they represent essential components of open and free debate. The role of Basin Ilan Kurumu, BIK, in overseeing the distribution of public sector advertising budgets evenly and fairly across the newspaper sector, is of great importance in this respect.

However, since September 2019, Evrensel has been subjected to an indefinite advertising ban. If the ban remains in place for a full six months, until March 28, 2020, Evrensel faces being removed from the public advertising system for at least three years.

Such a decision would have a devastating impact on the finances of the newspaper, threatening its closure and weakening the diversity and pluralism of Turkey’s newspaper market.

Evrensel is judged to have breached technical regulations with respect to bulk purchases. Evrensel has since made the changes requested of it but has twice had their appeals refused after new audits conducted by BIK.

Evrensel is known for its independent reporting and has, in recent years, been subjected to considerable judicial harassment as a result. The indefinite ban by BIK together with a series of limited bans for alleged ‘violations of press ethics’ give the impression of a coordinated campaign against the newspaper as punishment for its editorial independence.

We urge you therefore to swiftly lift the ban on Evrensel prior to the end of the six month deadline.

For media pluralism in Turkey to grow, it is important that publications like Evrensel retain the economic means to survive and continue to contribute to a rich and vibrant media in Turkey.