The cancelled press cards of Evrensel newspaper staff have been restored. 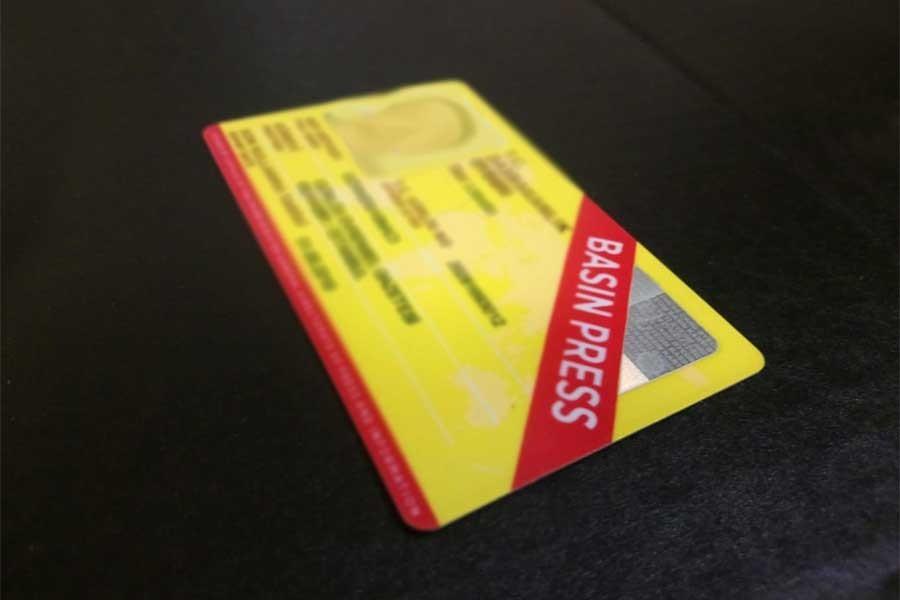 The cancelled press cards of Evrensel newspaper staff have been restored. When some Evrensel staff members consulted the “Press card search” section today, they saw the wording “in use” in place of the comment “annulled” they had previously seen. However, no comment in this regard has been forthcoming from the Presidency Directorate of Communications to either our newspaper or the public. The press cards of hundreds of journalists have also been similarly cancelled along with those of Evrensel staff.

After the Press Cards Commission had been attached to the Presidency Directorate of Communications, when journalists who had made much earlier renewal applications called the Press Card Support Line, they received the reply, “You can continue to use your old cards.” Nevertheless, the comment “in waiting” was displayed on the search screen. However, last week the press cards of Evrensel staffers and a great many journalists not on Evrensel’s staff were cancelled.

Notably, the change in question was made on a non-working day, on Sunday.

CLOSED TV STATION CARD STATED TO BE “IN USE”

Among those stripped of their cards was permanent press card holder Sultan Özer. Özer’s most recent search brought an interesting error to light. Sultan Özer’s press card that had been cancelled last week had not been made available for use. The card that had been restored to use was the card issued while she was working as part of Hayatın Sesi television, closed under a ministerial circular, which it returned when the entity was shuttered. This is believed to be the result of error.

The TGS Ankara branch’s call to the Directorate of Communications and its colleagues is as follows:

“The Presidency Directorate of Communications passed a law-defying resolution last week and cancelled many journalists’ press cards. This has rendered our colleagues incapable of performing their duties. Our colleagues who have been stripped of their cards have been unable to enter parliament, ministries and judicial complexes and follow up the news.

We make a repeat call to the Directorate of Communications, which has opted for a course of action that rectifies this injustice our colleagues have suffered, and urge it to issue the turquoise cards that have gone unissued for a year without any grounds being cited.

We invite all our members and colleagues to support this call of ours.”

Erol Önderoğlu of the Reporters Without Borders organization issued the statement, “We view the restoration of the press cards to certain Evrensel staff members whose press cards had been cancelled as “reversion from a serious error.” The Presidency Directorate of Communications can only revert from all similar errors if it ends this unjust procedure.”

Presidency Communications Minister Fahrettin Altun has made a statement in relation to press cards. In his statement, Altun has dismissed the validity of claims that certain media entity staffers had had their press cards cancelled. Last week, the press cards of the entire staff of Evrensel and also many journalists not with Evrensel were cancelled.

Altun made pronouncements concerning press card applicants in a written statement he posted on his social media account.

Fahrettin Altun noted that all procedures by the Communications Ministry relating to press cards were conducted under the Press Card Directions.

Altun stated that the post-application assessment process was undertaken meticulously in a manner that guards the prestige and esteem of press cards.

Recalling that, with this in mind, investigation was made to determine whether applicants fulfilled the “conditions sought of persons to whom press cards are granted” set out in the Press Card Directions, Altun commented as follows in his statement:

“The Communications Ministry has since its inception furnished new press cards to 13,372 media members whose assessment processes have been completed. Included among this number are media workers having very different designations from all media entities on a national and local scale. The number of applications currently undergoing perusal is 894. Taken account of in this process, alongside technical criteria, are such various factors as whether applicants indeed conduct professional activity or have connections to any terrorist organization and convictions or demeanour that is detrimental to the honour of the profession. As things stand, cancellation does not apply to any of the cards whose assessment process is underway.”

ALTUN: “THERE ARE RECIPIENTS OF NEW CARDS AT ENTITIES TO WHICH PRESS CARDS ARE ALLEGEDLY NOT BEING GIVEN”

Stressing that renewal applications for press cards not yet concluded were still active, Altun noted the following:

“Hence, claims that the cards in particular of the staff of certain media entities have been cancelled are certainly untruthful. Just as there are those in all entities who have received new press cards, there are those who continue to undergo assessment. The mere existence of recipients of new press cards at entities to which press cards are allegedly not being given gives lie to this bad-faith endeavour. The necessary communications will be made to applicants on completion of the process relating to applications undergoing continued assessment.”

FACT: NOT A SINGLE JOURNALIST AT EVRENSEL HAS HAD THEIR CARD RENEWED

In his statement, Altun spoke of the “existence of recipients of new press cards at entities to which press cards are allegedly not being given” but the press card has not been renewed of even a single journalist who works as part of Evrensel and has made their application from Evrensel newspaper.