Political scientist Ahmet Murat Aytaç: Erdoğan will use the NATO summit to prolong his own rule

Political scientist Ahmet Murat Aytaç gave his take on the NATO summit in London. Aytaç said President Erdoğan would use the summit to prolong his own rule. 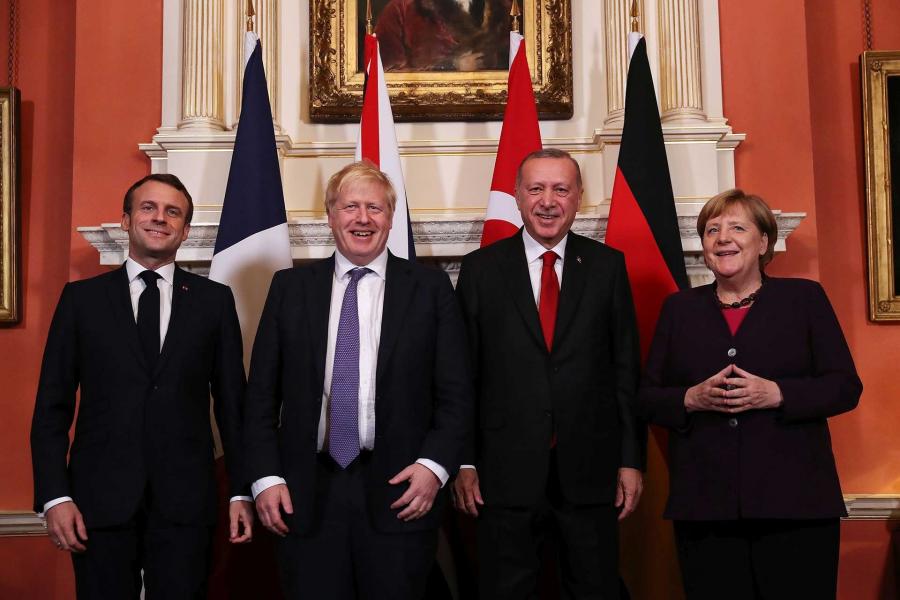 Political scientist Ahmet Murat Aytaç said that at the NATO summit President Erdoğan “will exploit to the utmost such advantages as Turkey being the second largest army in NATO and being a Muslim country and watching over Europe’s borders in the Middle East to prolong his own rule.”

Prior to the NATO summit starting in the UK today, I spoke to Ahmet Murat Aytaç, who was dismissed from Ankara University Faculty of Political Science under a decree with the force of law promulgated in February 2017, about the tension being experienced between France and Turkey and the summit.

Noting that he stood on a strategic plane in analysing the issues, he also tried to look from a pragmatic plane, Aytaç said, “This is the way with all these international pacts. It boils down to the ability of the majority of those who enter such pacts to be there without losing their own independent identities. Turkey’s present greater proximity to Russia is not the consequence of a shift of axis. It is based on a combination of Turkey’s existential concerns over the Kurdish problem with Russia’s pragmatic interests. There is no prospect of Turkey leaving NATO or engaging in a stark confrontation with NATO. But Macron’s outburst appears to be a little more structural. It relates to the disagreements between the EU and USA as to NATO’s mission and future.”

USA IN DISPUTE WITH FRANCE

Explaining that it was not the EU as a whole that was in dispute with the USA, but the USA with France, Aytaç summed up this situation as follows: “The Daesh (ISIS) situation in Syria makes the Europeans nervous. The USA bypassing the EU in this regard and making statements of the nature, “Look out for your own security yourselves. Are we to guard your rear?” have had the greatest impact in France, because this is more of a touchy issue for France. I suspect it is their influence. France has been unable to garner the support of the other European countries. It appears to have gained perhaps just Greece’s support.”

With regard to the comments Erdoğan has made, Aytaç indicated that he was thereby grasping the new ruling block the AKP had created within the “local and national” ideological framework and extending his life. Aytaç continued as follows: “The increased proximity entered into in line with pragmatic realities affords neo-nationalists in Turkey the opportunity to present the orientation towards China and Russia as if this were a strategic orientation. They point as if in support to the “honourable politics” and “Turkey’s search for an independent identity” that has featured in their propaganda for a long time. There is in fact no such situation. There have always been such things in NATO. For example, there were Charles de Gaulle’s fulminations against NATO. Tension was experienced between NATO and Turkey due to the policies İnönü and Ecevit followed over Cyprus. The situation just now is a more restrained affair compared to these outbursts.”

“TURKEY WANTS TO BRING THE KURDISH PROBLEM UNDER CONTROL”

Stressing the policies Turkey was waging to bring the Kurdish problem under control, Aytaç said, “There is a need not to confuse opposition to structures and hierarchies in international relations with an anti-imperialist policy aimed at organizing relations within the context of the equality and union of peoples. What is basically involved here is steps the secondary forces within the global struggle for power take to climb the steps of power with the aspiration to, as the AKP puts it, “become a regional power.” However, it is not true that this is an anti-imperialist stance. The neo-nationalists persist in propagating such confusion. In fact, it is not anti-imperialism that is at the crux of the AKP’s cooperation with neo-nationalist/nationalist circles in this matter, but a unity of interests vis à vis the Kurdish problem. Those who deem this struggle for power being waged within NATO to be anti-imperialism need to take stock of this characteristic.”

Stating that in the Eastern Mediterranean the agreement made with Libya resembled the “fait accompli” policy conducted in Syria, Aytaç said the most recent agreement had to be conceived of in this context. Aytaç said, “At the NATO summit, Erdoğan will exploit to the utmost such advantages as Turkey being the second largest army in NATO and being a Muslim country and watching over Europe’s borders in the Middle East to prolong his own rule.” Aytaç also stressed that the prevalence of a constant dynamics of war was not a situation favourable to the peoples.

Recalling that NATO was an organization established in 1949 out of concerns over communism spreading to Europe, Aytaç continued as follows, “After the Warsaw Pact broke up, it sought a new mission for itself. For example, it was activated within the doctrine of ‘humanitarian intervention’ in Kosova. Then it was adapted to the concept of the ‘war on terror’ in Afghanistan. In the world today, where you are in the ‘war on terror’ determines the distribution of power in international politics. The imperial hierarchy is erected on the basis of this and wars are set up on the basis of this. The AKP’s objection is not about the relations of power per se this notion creates. It is striving to define and gain acceptance of ‘terror’ as it itself understands it. For example, it says, ‘The PYD are terrorists, too.’ In fact, the abstrusities contained within the notion of terror have been definitive in the disputes most recently experienced in NATO, because anti-terrorism is not as rallying and unifying a notion as anti-communism. The AKP is not essentially disrupting the hierarchies erected on the ‘war on terror;’ it is just engaged in an endeavour that opens space for it to climb the steps this hierarchy has created.”