Journalist Nedim Türfent: Responsibility for each day I remain behind bars rests with the Constitutional Court and ECtHR

Having established channels of communication in prison, incarcerated journalist İdris Yılmaz conducted an interview with another incarcerated colleague, Nedim Türfent, about the pressure applied to journalists and press freedom. 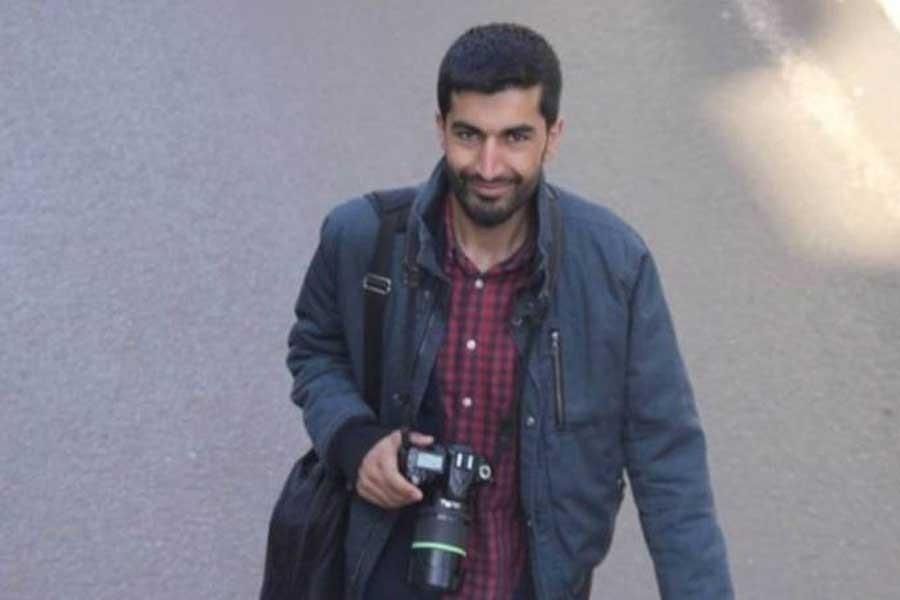 It is a very tough feeling for a journalist while imprisoned to follow developments taking place on the outside but to be unable to conduct journalism. I most recently spoke to Nedim Türfent in October 2016 in Van. We then witnessed him being taken captive on the most lawless of grounds. Following Türfent’s incarceration, our communications took place by letter. On the handcuffed journey stretching from Elazığ prison to Van prison I kept dreaming of being in the same cell as Türfent. If not, then I hoped to meet up with him while exercising or on another activity and quench the longing of many years. Sadly, my expectation ended up confined within my cell’s colourless and breathless, ice-like walls. Having been subjected to harsh solitary confinement in a single-person cell, my conversation with Türfent took place via the indispensable prison communication channel. The good side to these communications is that what we wrote reached one another without coming up against the letter reading commission and being censored. I also squeezed an interview into the conversation I had with Türfent. In the interview, pointing to the unlawfulness directed against journalists, Türfent stated that responsibility for each day we were held behind bars rested with the Constitutional Court (CC) and European Court of Human Rights (ECtHR), which have placed individual applications onto their case agendas but are not examining them.

“THERE REMAINS NOBODY WHO HAS NOT HEARD ABOUT THIS HARSH INJUSTICE”

The phrase “discomforting news” included in the reasoned ruling was taken by the public to be a confession that journalistic activity was being penalized. What is your take on the legal proceedings that took place?

It stretches the bounds of possibility to discuss in legal terms proceedings that the judges deemed to be “political.” It is like having to use my right hand to point to my left ear; what I am getting at is that there is no aspect of this penalty capable of legal explanation. Wherever you approach it from, you draw a blank. There is clearly an attempt to terrorize outdoor journalistic activity. There is no counterpart of this kind in either books or the law; it is the response given to your reports on rights violations taking first and foremost the form, “You’ll see the strength of the Turk.” It is an “impartial”(!) judgment passed so that those responsible for rights violations go unrecalled and the law enforcement agencies’ hearts go unbroken. It is a wink in the direction of those who spreadeagle people on the ground and display “the strength of the Turk.” If you penalize journalism, you support the policy of impunity and rights violations roll on and on. There is not a single piece of concrete evidence in the case, for God’s sake. There is both the declaration that “discomforting statements/news” fall within the ambit of press freedom in the CC’s Peace Academics ruling and the wording in the Judicial Package that news will not be deemed a “crime.” It most certainly is not a crime but it comes down to having been deemed a crime. I mean, both the most recent statutory provision and the supreme court’s case law are a given. Precedential rulings must be implemented speedily. With the rights violations so blatant, responsibility for each day we are kept behind bars rests with the CC and ECtHR, which have placed individual applications onto their case agendas but are not examining them. There remains nobody who has not heard about this harsh injustice, lawlessness and inequity.

“IT JUST COMES DOWN TO US DOING JOURNALISM”

We witness many journalists who strive to inform society being prosecuted and penalized by the judiciary, and people who adopt an anti-war stance being targeted. You have taken your fair share, too. Has it ever come to you saying, “I’m going to give up this profession”?

Under the curfews, we have witnessed practices that hark back to the 90’s. As such, it is getting hard to conduct journalism as events unfold in which clashes intensify. If your reporting goes anywhere near ruffling the state’s feathers you are going to cop it!  If the law enforcement people who post funeral pictures threaten you with death, you had better take it seriously. Concerns for safety are most certainly not baseless worries over lifts, they are indeed present and what my family has been through in the process has not contributed to entertaining thoughts that amount to simply leaving the profession. If it did not happen in that process, I will not let it happen again. People adopt the approach that supposedly if you render that violation visible to you everything will change. With people having this expectation, I could not act unconscionably. What this meant in a professional sense was chewing ethical rules like chewing gum. If you choose this profession, you must give voice to society’s concerns and worries and be burdened with potential atonements for this. For sure, the public, too, needs to defend the right to obtain information in society. Basically, you are not doing an “extraordinary thing;” it is enough if you convey what is happening as it is. It just comes down to us doing journalism.

I did a brief job with my journalist friend Selman Keleş in Yüksekova after you had been incarcerated. Every child who saw the camera or video camera in our hands asked after you. What kind of chord did you strike in neighbourhoods and on the streets, what is it that makes you loved?

Every journalist must keep their distance from news sources and the citizenry. Let me note once more that you give visibility to those who have been rendered silent and have been excluded. These people will of course react differently to you. As we have seen in the urban operations, embedded journalists have cropped up once more. Close your eyes and you think it is a special forces commander speaking rather than a journalist. Society does not want and does not take to heart that which is alien to it. It does not want warmongering, hatchet jobs, power’s press bulletins and a monotone. If a chord was struck, people have taken your journalism to heart. It is actually this that makes you clutch your pen firmly. People talked of “our journalist.” I made the attentive acquaintance of children. They are forced to grow up in the midst of the burnt and demolished homes of war and conflict. I played with them when time permitted. We also went skiing together. We sang Kurdish songs, too. I wanted them to laugh and laughing did them good. And it did me good quite frankly.

Could you speak briefly about prison life? How do you make use of your time?

I bang up against walls. Against the four walls of the cell, against the corridor and courtyard walls, against the state’s bureaucratic and legal walls, I don’t know, against the ECtHR’s domestic law wall. And conceptual walls, too. By banging up against them, we are trying to surmount the walls that ever since childhood have blunted our consciousness, have atrophied us, have barricaded our dreams and thoughts. Let the jug be the last word in the joy of a morning lie-in or siesta! If you get smart here and do not quarrel you will be “rehabilitated!” In the end, the days do not pass like pulling prayer beads. The viewfinder of your labour must be as wide as it can get. This is life. It cannot be free of quarrel.

What would you dream of doing if you were to gain freedom today?

Let “freedom” be in inverted commas. I would trail around villages, the countryside and nature, reach out to people and play with children.

Do you have a final message for the outside?

Let me give a message briefer than being brief. On the inside, there is life, there is quarrelling, there is courage, there is unity, there is spirit, there is hope, there is resistance. Let us not forget that there is a spark of hope in the most voluminous of darknesses, a little pinch. This long night we find ourselves in is pregnant with the brightest of suns. Let hope not be absent from our horizon.