Ergenekon trial: What was it and what happened?

To explain why it is too early to speak of Ergenekon trial having been closed, let’s rewind the process and play. 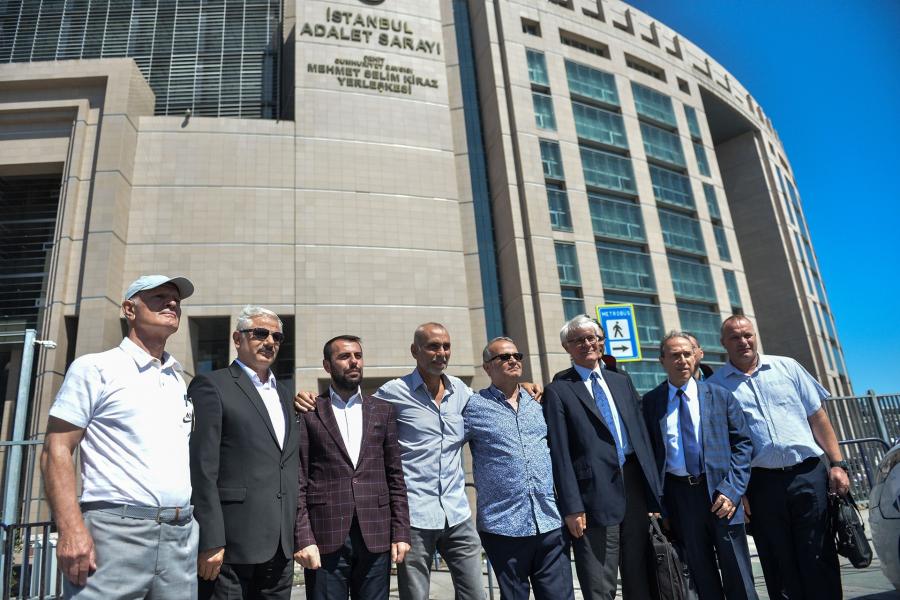 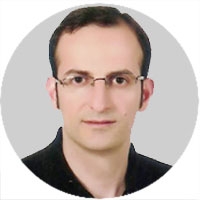 Istanbul Serious Crime Court No 4 has ordered the acquittal of all the defendants being prosecuted in the 235-defendant Ergenekon trial charged with “setting up and managing an organization.” Comments and interpretations made by the ruling party and its media following this ruling would have us believe “the FETO conspiracy has collapsed,” “justice has been done” and “the file has been closed.” However, in a trial like Ergenekon that left its mark on one of the country’s eras, considering both the figures who were prosecuted in this trial and the course this trial charted in line with the political ebbs and flows in the country, there is a need to state that it is too early to speak of this trial having been closed.

To explain why it is too early to speak of this trial having been closed, let’s rewind the process and play.

In a period in which US imperialism was making plans to redesign the Middle East in the shape of “moderate Islam” (2002), the AKP-Erdoğan won the elections in Turkey. In that period, the US’s Middle Eastern strategists were saying that “politically” the AKP and “socially” the Gülen movement would play an important role in the Islamic world. On this basis, the US and Western imperialists supported the AKP-Erdoğan and its effective partner the Gülen movement. However, the state civil service, not least the military, was harbouring a powerful political bloc that was resisting this change and had turned its face towards the Eurasian forces. The e-warning the Chief of the General Staff proclaimed on 27 April 2007 for preventing Gül’s presidency was one of the sharpest twists in this struggle for dominance within the state.

The AKP-Erdoğan and the Gülenists countermoved by launching the Ergenekon operation with the finding of weapons in a squatter dwelling in Istanbul Ümraniye in July 2007. Hundreds of people, with retired and active generals and officers, organized crime leaders like Sedat Peker, politicians like Perinçek and journalists like Balbay numbering among them, were detained as part of the operation. To justify this operation, there was talk of “making preparations to attempt a coup against the government.” It is debatable whether preparations to attempt a coup against the government were made, but what is for sure is that this operation was a result of the struggle for dominance within the state. Simultaneously, sights were set on many figures who had not the slightest connection with the charges that were laid and they were detained.

In that period, the liberals and left liberals eulogized the AKP-Erdoğan and the Gülenists, writing and speaking of the country’s liberation from military tutelage and the advancement of democracy. However, the manner in which the Ergenekon trial was formulated signalled most clearly that democracy was not the concern of those mounting this operation because numbering among those on trial were soldiers whose names had been mixed up in many disappearances and murders by unknown perpetrators such as Gendarmerie Intelligence and Anti-Terror (JİTEM)’s founder Brigadier General Veli Küçük, Brigadier General Levent Ersöz and Colonel Cemal Temizöz. Had democracy been the concern of those orchestrating this trial, these investigations might have been advanced in the direction of exposing special warfare crimes committed against the Kurdish people and may have opened the way for a shedding of light on thousands of acts by unknown perpetrators and murders in the region and a democratic, peaceful solution to the Kurdish problem. But this was not done. This trial was restricted to the charge purely of an “attempted coup” against the government and currently applications to intervene by HDP Co-Chair Pervin Buldan and Kurds who lost loved ones in the dirty war have been denied.

President Erdoğan and ruling party spokespersons, who today account for the Ergenekon operations as a FETO conspiracy against our national military, spoke at that time of them being parties to this trial on behalf of the people or even proclaimed themselves to be the prosecutor of these trials.

Another important move in the AKP-Erdoğan and the Gülenists’ power struggle were the measures aimed at bringing the judiciary under their own command in the 12 September 2010 referendum.

However, the liquidation of the traditional power hubs within the state that were described as Ergenekonist at the same time marked the onset of the fight for dominance between the AKP- Erdoğan and the Gülenists. The AKP-Erdoğan coming into opposition against the US both in sharing state institutions and especially as the Syrian war unfolded brought this struggle for power into sharper focus.

The fight for control of the intelligence agency assumed visible form with the summoning in February 2012 of intelligence agency undersecretary Hakan Fidan to make statement about the Kurdistan Communities Union and the negotiations conducted in Oslo. This fight assumed a fresh dimension with the launching of a bribery and corruption probe into figures close to Erdoğan on 17-25 December 2013 at the instruction of Gülenist members of the judiciary. Here, too, the Gülenists’ endeavour to use these investigations as a vehicle in the fight for dominance made it easier for the AKP-Erdoğan to portray the information and documents that spilled out as “a coup attempt against Erdoğan” and to cover them up.

At this very juncture, the Ergenekon trial also began to change course. Now embarking on a quest for a new support/alliance in the struggle for dominance against the Gülenists, henceforth known as FETO, the AKP-Erdoğan now started to speak of the Ergenekon trial in which they had previously proclaimed themselves to be the prosecutor as a “conspiracy hatched against our national military.” First the Constitutional Court ruled that the defendants’ rights had been violated with reference to Istanbul Serious Crime Court No 13’s judgment that handed down sentences such as life to former Chief of the General Staff Army General İlker Başbuğ, aggravated life to Patriotic Party General Chair Perinçek and double aggravated life to Veli Küçük. Then Penal Chamber No 16 of the Court of Cassation quashed the court’s ruling and remitted it to Serious Crime Court No 4. And Serious Crime Court No 4 pronounced its final ruling and ordered the acquittal of all the defendants.

However, the development that brought the forces described as Ergenekonist into a critical position for the AKP-Erdoğan was undoubtedly the 15 July 2016 attempted coup. The Ergenekonist forces supported the Erdoğan administration against the FETOists’ coup attempt. In the aftermath of the attempted coup that was as Erdoğan put it a “gift from God,” a wide-ranging liquidation operation was launched citing the existence of FETOists or “terrorism supporters” in the military and public service as well as coupists – and this operation is still in progress. In this process, generals and officers who had previously been liquidated on the grounds of being Ergenekonists were now summoned back to duty and brought into critical positions.

Just as in its day as the Ergenekon operations were being conducted many opposition people having no Ergenekon connections were put in the same bag and prosecuted, the state of emergency period proclaimed for the purpose of combatting the FETOists/coupists saw these subjugation and liquidation operations also targeting pro-democracy and pro-peace circles, not least Kurdish politicians. Thousands of defenders of democracy and peace against the policies of subjugation and violence, not least Demirtaş, continue to be held in prisons today.

As a result, the alliance between the Erdoğan administration and the Ergenekonists, taking on a marked form in the aftermath of the 15 July coup attempt, assumed a new dimension with the Euphrates Shield and Afrin operations staged with Russia’s “approval.” Following Erdoğan’s adoption of a policy of rapprochement with Russia and China and his use of Eurasianist rhetoric, Perinçek spoke of Erdoğan having moved into alignment with him. And, for sure, Erdoğan did not refrain from proclaiming himself commander in chief of the “homeland war” and summoning everyone to line up behind him.

Before rounding off, there is a need to say that it is not beyond the bounds of possibility that the Erdoğan regime, which is dependent to a significant degree on the Western imperialists and uses cooperation with Eurasianist forces as a trump card and bargaining power against the former forces, will renew its relations and cooperation with the US and Western imperialists and the alliances it is part of as a consequence.

In conclusion, looking at the court ruling against such a backdrop and moreover in an environment of ongoing debate about the regime following the rerun Istanbul election, it is not realistic to say that the Ergenekon trial, which is a political trial and whose course shifts in line with relations among the rulers, has been closed.

A question remains to be answered by us who are trying to peek at these trials from the democracy struggle front over and beyond the fight among the rulers: In a process in which the political rulership holds such sway over the judiciary, does the court ruling perhaps show there existed no crime, or that the crime partnership is being advanced in another form and on another dimension?