10 questions about Syria to President Erdoğan

We have 10 questions about Syria to President and AKP Leader Tayyip Erdoğan, who argued, they did not do anything wrong in Syria. 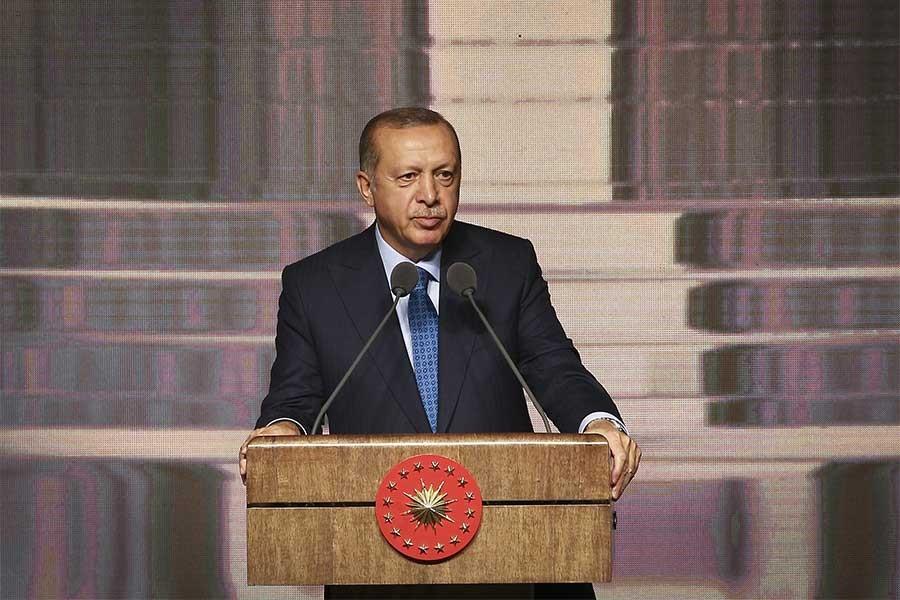 The president and AKP leader Tayyip Erdoğan, in assessing the agreement he made with Putin in relation to the Idlib issue during the parliamentary group meeting of his party the previous day, stated that “we have no doubt that we will also complete the test presented to us in Idlib reputably since we now see that not one step we took in Syria has been wrong.”

Yes, you did not misread, President Erdoğan did say “We have always done the right thing in Syria.” But upon forcing our memories slightly and recalling the policies implemented by the AKP-Erdoğan throughout the war-intervention process which has left its 7th year behind in Syria, it is impossible for several questions to arise.

For that reason, wondering whether “our memories are misleading us,” there is a need to pose a few questions to Erdoğan who stated that “We did not do anything wrong in Syria:”

1- In 2012, during the period when you attempted to lead the intervention of Syria, was it not the case that the Foreign Minister of the time Davutoğlu stated that “Asad will be toppled in 2 months” and that you yourself stated “God willing, we will soon be going to the Friday prayer in the Umayyad Mosque in Damascus?” If it is the case your government did not commit a calculation mistake, Asad has not been toppled in the last 7 years and more importantly, why did you have to give up your designs to topple Asad?

2- if your government has always done the right thing, why is that Russia and Iran, the major supporters of Asad, whom you did all you could do to topple, have become your major allies in Syria?

3- At the period when your government, along with Saudi Arabia and Qatar, attempted to lead the policy of intervention in Syria, while the tens of thousands of radical Islamist militants who waltzed into Syria from all across the world became such a source of strife for both Turkey and the world, have you not even committed the smallest of mistakes that contributed to these forces becoming such a major threat?

4-  Was it not you who trusted ISIS, which Davutoğlu called “angry young people,” to the extent of spectating their taking hostage of Turkey’s Mosul Consulate staff and moreover, who presented ISIS’ siege of Kobani as a good tiding with the statements that “Kobani is about to fall or has fallen?” Very well then, what was it that transpired resulting in your redefinition of ISIS as “DEAŞ terror organisation” and declaring it as an enemy of Turkey? ISIS have massacred over 200 people in bomb attacks it committed in Turkey in this period and 71 soldiers died in the Euphrates Shield operation undertaken against ISIS. In these wrong policies which have made the country pay such a grave toll, isn’t there any part played by your government?

5- You undertook official talks in Ankara previously with Syrian Kurds who have stated that they do not pose a threat for Turkey and who even supported Turkey’s transfer of Süleyman Şah shrine against the ISIS threat. While the way for negotiations is still open today, are you sure about the validity of the warmongering policy of declaring the Syrian Kurds as “the greatest threat” and thereby creating the opportunity for imperialists to use the Kurdish question that entails also the risk of drawing the country into a regional war?

7- Was it not you who changed tact from saying “our doors are always open to our Syrian brothers and sisters” because you regarded the arrival of Syrians to Turkey in the initial stages of the Syrian war as the basis of the policy of intervention in Syria to “for how long more are we going to feed them?” once the impasse reached by the policy of intervention became clear? If Turkey is facing a migration issue today, has there not been any role played by your own policies?

8- It was you yourself who stated in 2016 that “Mr Putin had made a request for al-Nusra to withdraw from Aleppo. We have relayed the necessary instructions on the issue to our friends.” What has transpired now that you included al-Nusra (Hay'at Tahrir al-Sham) about which Putin put a request to you in “the list of terror organisations?” Was it al-Nusra that changed or your policy?

9- You are stating that “we have no doubt that we will complete the test presented to us in Idlib reputably.” If you are so sure of your policies, let us enquire the following: was it not your government who supported the capture of Idlib in 2015 by the ‘Conquest Army’ led by Saudi Arabia and al-Nusra and Ahraru’ş Şam, who you include in the list of terror organisations now? If the agreement you have completed with Russia recently to eradicate these groups is right, how can the support you have provided to these groups yesteryear be right?

10- At the period (2016) when you apportioned the blame for the wrongdoing of the Syrian policy to Davutoğlu and steered the helm to collaboration with the foes of yesteryear, Russia and Iran, Numan Kurtulmuş, the spokesperson for the government, had stated that “the Syrian policy was wrong from the outset.” If today, after Idlib, Russia has no longer a use for you and just as the failure of your calculations to topple Asad, if your policy of obstructing Syrian Kurds from gaining a status in Syria were to fail -and this is no small possibility- would you, in that case, rather than reneging from this mistake which will cause Turkey to lose many a thing, including in relation to the Kurdish issue within the country, are you going to seek to wash your hands of responsibility by saying that “our policy was wrong from the outset?”