The European Court of Human Rights (ECHR) has fined Turkey 5,000 euros for temporarily closing the Evrensel newspaper in 2001. 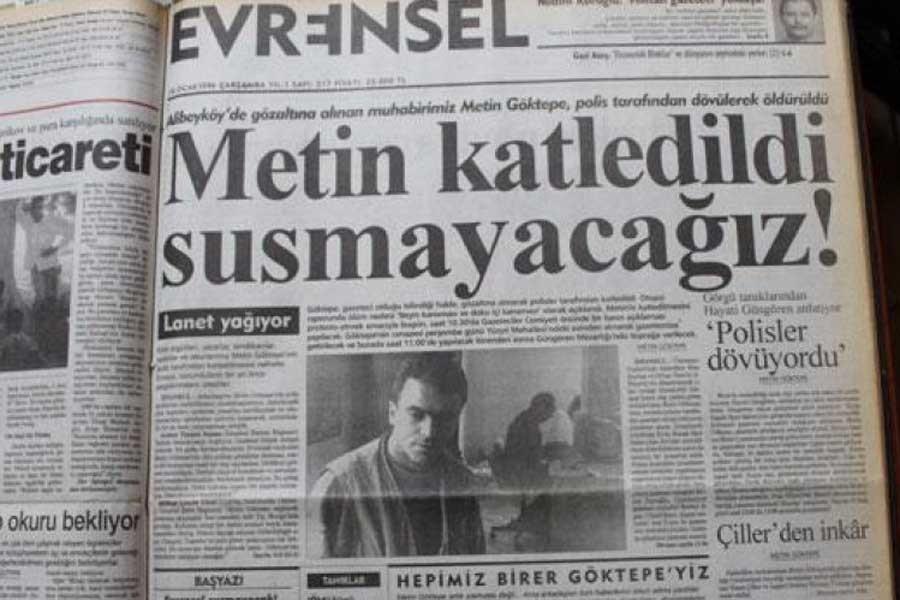 The European Court of Human Rights (ECHR) ruled that temporary closure of the Evrensel newspaper violated freedom of expression which is guaranteed by European Convention on Human Rights.

The case was filed by Fevzi Saygılı, the owner of the Evrensel newspaper at the time and Ali Karataş, the newspaper’s editor.

Turkish government closed the newspaper for publishing the names of two state security officials. Both officials were accused of killing journalist Metin Goktepe.

Goktepe died on January 8, after being brutally beaten by Turkish police officers as he was covering a funeral in Istanbul.

Eleven officers were tried over Göktepe’s death. Five were acquitted, and six received 18-year prison sentences, commuted to seven years because of “good manners at court” and because “it was impossible to determine the real assailant.”

After spending one year and eight months in prison, the jailed police officers were released as part of an amnesty. (EVRENSEL DAILY)

Evrensel: A 22-year quest in transforming the world