If members of AKP commit a crime they are not removed from their post or referred to a court. They claim that they will only be accountable to Allah. 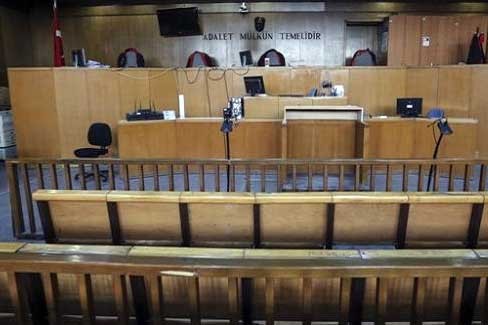 AKP authorities, spokespersons or government supporters who show their faces on TV discussions program have a strange understanding of crime and punishment.

In all important court trials they have the following benchmark; does this trial harm AKP? This attitude is shown in their response to the Reza Zarrab trial in USA, the 2013 corruption scandal in Turkey (involving several key people in the Turkish government, known as 17-25 December investigation), the Roboski trial (in which 34 Kurdish people were killed by the Turkish military), the Deniz Feneri Trial (launched in Germany in reply to the allegations made against the Deniz Feneri charity) and many more. If you speak openly about these trials, according to AKP, you are trying to put AKP in a difficult situation. The assumption is that your intention isn’t to discuss the trial but you just want to put pressure on AKP, and by discussing AKP you are calling to question the nation’s will. It follows by this logic that if you are against the nation’s will you are also against the AKP government which means you are against Turkey, and you could be a labelled as traitor. AKP supporters make their argument in this order.

If members of AKP commit a crime they are not removed from their post. They aren’t referred to a court. They claim that they will only be accountable to Allah. And they go on further by saying that if the people want to punish us they will not elect us next time and that they are called to account at every election.

Their approach to crime and punishment increases the level of corruption, theft, favouritism etc. AKP MPs, ministers, council leaders all know that they will not be tried in any court of law and the worst-case scenario is that they might be removed from their post. More importantly to avoid being tried in front of the courts by any new elected government they stand in support of each other. They are willing to take all sorts of risks to avoid losing power.

Of course these are things that are not possible under a real state of law. In a state of law, crime and punishment is a matter for the judiciary not political party representatives. You don’t answer to Allah or at elections for your crimes, you answer for these in a court of law.

For a month the country has been discussing the statements given by Reza Zarrab, Hakan Atilla and his solicitor in relation to the bribery case in the US involving Turkish officials. All three people present in the court state that the Halk Bank manager and three former AKP ministers were bribed. AKP has been silent on this point. Their only statement is that the trial targets Turkey. The person that made the bribery claims about the Turkish officials is a lawyer paid by Halk Bank (in effect the Turkish state). The other person is the deputy general manager of the Turkish state bank. During the investigation that took place between 17-25 December, the evidence was (shoe boxes full of cash, cash counting machines, expensive watches, photos, voice recordings) were all out in the open.

In a Rule of Law secrets cannot be kept behind closed doors. When criminals are punished “the last Turkish State will not collapse”. When a grafter is tried, this is not an attempt to overthrow the government.
Reza Zarrab, Süleyman Aslan, the four Ministers and others complicit in their crime must be tried. Not because they breached the embargo by the US, not because they sold goods to Iran but because they gave and received bribes.
The whole world is now aware of this bribery scandal and if the suspects are not tried, nobody in the world will believe that the Turkey is governed by the rule of law. They will treat Turkey like they do Sudan and Libya. And purchasing aircraft, missiles etc through bribes will not change this image; in fact it will only strengthen it.