As shown by the lessons of recent and distant history, war and freedoms cannot coexist. 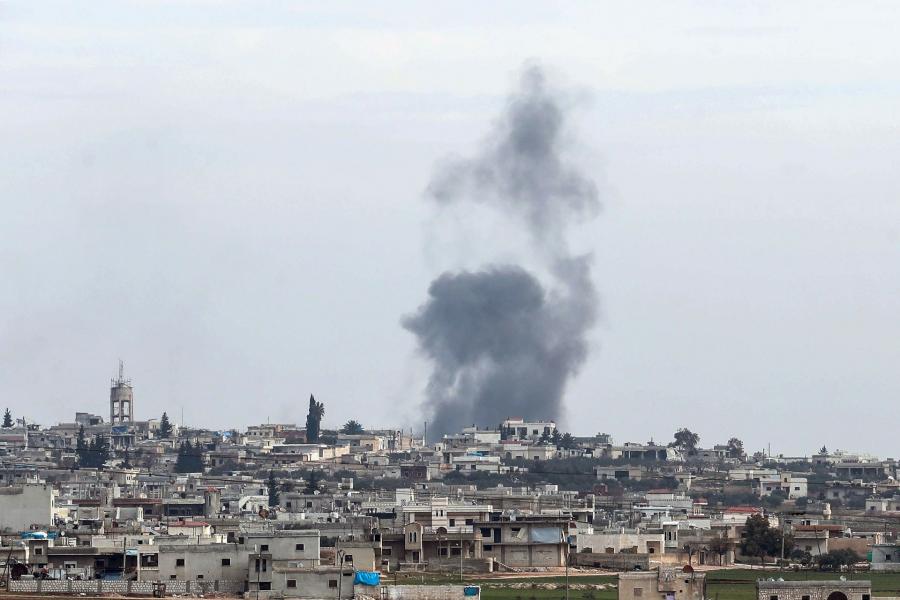 After Barış Terkoğlu, the Editor-in-Chief of ODA TV, Barış Pehlivan its Executive Editor and journalist Hülya Kılınç, Ferhat Çelik, the Executive Editor of Yeni Yaşam newspaper, Aydın Keser, its  Editor-in-Chief and Murat Ağırel, a columnist for Yeniçağ have all been arrested because of pieces about a soldier who was a member of MIT who lost his life in Libya. Sterk Yıldız from Rudaw TV was also arrested because of news reported about refugees.

Congratulations to those spokespeople and mouthpieces of the ‘one-man rule’ who present every case of repression of the media as the reinforcement of press freedom and the safeguarding of freedoms and who claim that “There is press freedom in Turkey, there is no arrested journalists, everybody is ‘abundantly’ writing and saying what they want”!

The reason for the arrest of journalists with this latest move is explicitly to do with news produced about the war. As in the case of “MIT lorries,” it is to do with the war currently ongoing in Syria and Libya and the insidious propaganda currently ensuing over the victims of this war.

Therefore it is the case that war and freedoms cannot coexist. Not only now, but there has also been a similar siege against Kurdish forces in the recent years. On the other hand, the conditions of war in Syria and Libya which the government now openly accepts, having been fed with the attempts of the “one-man rule,” have facilitated the emergence of a situation which stifles freedoms within the country.

40 bar offices, including those major ones from Ankara, İzmir, Bursa and Antalya, viewing the arrests of journalists as the trampling of press freedom and the public’s freedom to news, have been levelling serious criticisms at the arrest of journalists. (*)

The bar offices, also criticising the arrest of journalists with raids on their houses, said the following in the statement released: “In cases which concern the public, where the public’s right to news and debate is applicable and when the state’s need for security and the public’s right to news and journalist’s freedom of express clash, freedom of expression on certain subjects begins to precede the state’s need for security. We would like to share with the public that journalism is not a crime” and thereby drew attention to the illegality of the ongoing inquiry and the abrupt arrest of journalists and that it constituted a gross “violation of rights”.

WARS WON’T BE WARS IF LIES ARE EXPOSED!

As shown by the joint statement of 40 bar offices, repression of press freedom and the public’s freedom to news, have not remained restricted only with the reaction of repressed journalists, the lawyers of the journalists, press organisations or circles of lawyers enacting certain political positions, but have reached a stage when the institution of the “defence,” the third foot of the judiciary, has been forced to make an appearance in the field in its legal form.

As shown by the lessons of recent and distant history, war and freedoms cannot coexist.

This is because the first act of every government introducing policies of war practice of war and entering wars is to prevent knowledge of the interests on which the war is based and of what the people will suffer as a consequence. This is because in class societies, wars can be waged on the basis of the lie that interests of the ruling class, which constitutes a handful amongst the population, is the interest of the entire people.  If and when this lie bubble bursts, no matter how much gun and cannons the ruling class may possess, the war become unsustainable. It is for this reason that, even when the war has not erupted yet, measures to prevent people from becoming aware of the reality begins to be taken. And indeed, leading these measures primarily are the placement of the press under repression through a range of means and methods; the proliferation of economic and political pressures over the media, the arrest of journalists, and finally, even the silencing of media organs insisting on telling the truth through closures (**). Thus we have experienced all these one after another more openly and concurrently in the recent years and continue to do so.

WAR AND THE STRUGGLE AGAINST POLICIES OF WAR

This is because the antidote to policies of war is for the people to see the truth and for them to know whose interest the war is in.

It is for this reason that defending freedom of expression, of which press freedom and people’s freedom to news is an integral part, has come to fore as one of the most basic demands of the struggle for democracy and for a secular and democratic Turkey.

Indeed, parallel to trampling of press freedom and the public’s freedom to news, we have witnessed and continue to witness the liquidation of foremost areas of freedom such as “freedom to be elected” (through administrators), “housing immunity”, the right to immunity to private life, equality before law, right to strike, right to assemble and demonstrate…

It is for this reason that the demand for press freedom and the public’s freedom to news does not only belong to journalists and lawyers but together with them, it is the common demand of trade unions, labour and professional organisations, the working class and people from all classes. This struggle can only make progress to the extent that it moves forward on the basis of common demands.

(*) On 24 December 2019 too, more than 40 bar offices reacted against a text appearing on the Official Newspaper which takes as its basis Shariya law with a statement they issued.

Who is making money out of the war in Syria?