Mechanical Engineers Chamber Chair Yunus Yener declares it to be a mystery if there is sufficient infrastructure for the autonomous manufacture of the Turkey's first "domestic car". 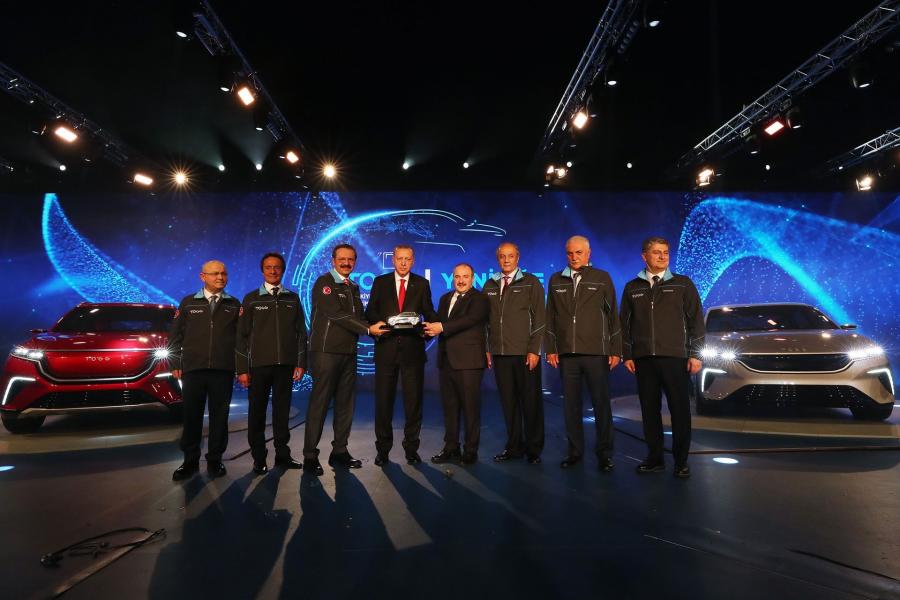 Turkey’s first “domestic car” was presented to the public in a ceremony held at the Informatics Valley in Gebze.

At the ceremony, staged under the slogan, “Half finished 58 years ago, Turkey’s domestic car dream has come true,” details surrounding the manufacturing of the “domestic car” became known. The “domestic car” readied for mass production by Turkey’s Automobile Joint Venture Group (TOGG), which the Anadolu Group, BMC, Kıraç Holding, Turkcell Group and Zorlu Holding have formed, will be electric. The manufacturing plant for the domestic car will be set up in Bursa Gemlik. Considerable state support will be provided, including purchase guarantees to the contractor company.

President Recep Tayyip Erdoğan had the following to say about the electric car to be manufactured by Turkey’s Automobile Joint Venture Group (TOGG), “Today we are witnessing a historic day, the turning of Turkey’s dream of sixty years into reality.”

Despite these pronouncements by Erdoğan, the “domestic nature” of the project designed in Italy and configured at the Pininfarina studio is open to debate. What invites debate, however, is not so much that it was designed externally, but the degree of external dependence with main components like the battery that will be used in the car.

TO ENABLE IT TO BE CALLED “DOMESTIC”…

Stating that it was a correct undertaking to set the goal of an “electric vehicle,” Mechanical Engineers Chamber Chair Yunus Yener stressed that the process had brought with it many mysteries.

Saying that battery technology was the important component in an electric vehicle, Yener commented, “We can’t know for sure how au fait these companies are with battery and autonomous vehicle infrastructure. If the battery wasn’t designed in Turkey, this puts paid to its domestic nature. So, there are question marks. The process isn’t being rolled out openly.”

It is unknown whether any patent application has been made in connection with the domestic car and whether ownership by the domestic company of the intellectual property has been guaranteed.

IS THE INFRASTRUCTURE IN PLACE TO DO DOG-EAT-DOG BATTLE?

Saying the electric vehicle market was a “dog-eat-dog affair,” Yunus Yener questioned whether the infrastructure was in place for autonomous manufacture in view of the following considerations:

“The marketing of electric vehicles keeps being brought forward. At the outset, it was in the 2030’s and this has been brought forward to the 2020’s. In this connection, Fiat offered a partnership to Renault. It was not accepted. Fiat became a 50 per cent partner with Peugeot and Citroen with a view to sharing R&D activities for just electric and autonomous vehicles. Ford and Volkswagen have signed an agreement to combine their activities in this field and their budget is twelve billion dollars. Under such market conditions, it is hard for you to enter and gain traction in the market. The total number of vehicles sold in Turkey over 2018 was 486,000. However, the corresponding number for the first eleven months of this year was only 316,000. You are giving annual guarantees so that Volkswagen will set up a factory in Turkey. Of just Toyota’s Corolla model alone, 1.181 million are sold. This is how the market shapes up.”

NO PLANT IN PLACE YET

Plant construction has yet to ensue. President Erdoğan said in this regard, “We have a biggish place in Gemlik that belongs to our armed forces. God willing, we will allot one million square metres of this roughly four-million-square-metre area and also, God willing, start making our plant there speedily.”

The duration of the investment has been set at thirteen years as of the inception date of 30 October 2019. Within this period, the manufacture per year of 175,000 cars of five different models is envisaged. Should the set target not be met within the period, an extension of up to half the period can be granted by the Ministry of Industry and Technology. The total amount of the investment has been determined to be 22 billion lira.

TOGG has been given a 30,000-car purchase guarantee for the investment it will make. Under the guarantee, 30,000 electric cars will be bought up until 31 December 2035 by the State Materials Office. The support that will be provided by the state for the domestic car is as follows: