HDP Deputy Chair Başaran: If the Government had the claimed evidence, they would go on a publication blitz with it

Assessing the operations targeting the HDP, Deputy Co-Chair Ayşe Acar Başaran said, “This is an assault on Turkey’s shared life and the will to cohabitate.” 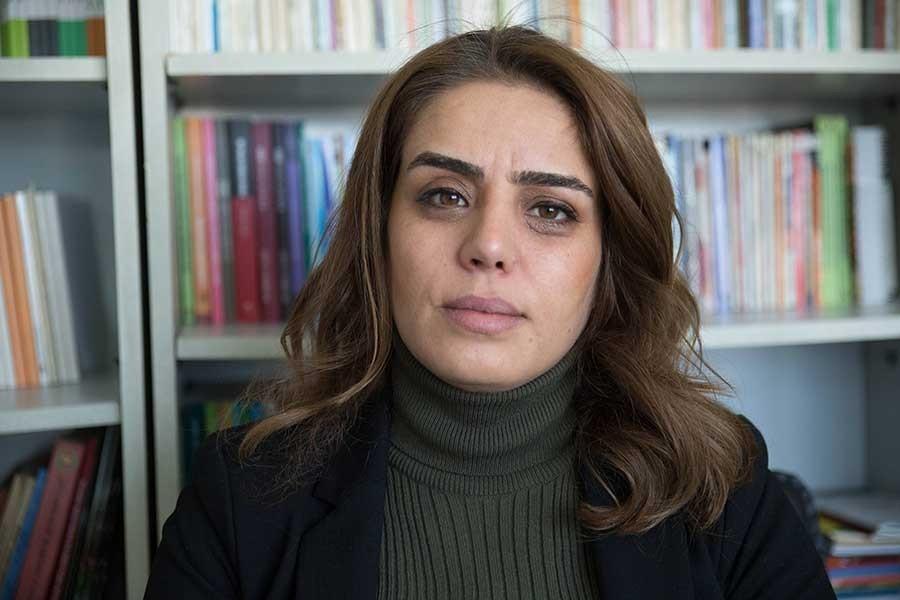 There is no let-up in the mass arrests and detentions targeting the HDP following the 31 March local elections. With a series of trustees appointed to municipalities as HDP co-mayors are arrested and detained, political activists in the HDP are also being arrested and detained. We spoke to the HDP Deputy Co-Chair with Responsibility for the Law and Human Rights and Batman Member of Parliament, Ayşe Acar Başaran, about the arrest operation staged in eight cities the day before yesterday. Stating that the right of the electorate in the region to vote and stand for election was being usurped and there was a wish to construct a monopolistic regime with trustees at the local level, Başaran noted that those who want democracy should not remain silent.

“IT IS NOT INDEPENDENT OF 31 MARCH”

Deeming the arrest and detention operations to be a “political genocide” operation, Başaran stressed that the arrests and detentions were not being made under judicial decisions. Pointing out that there was a wish to effectively deprive them of their constitutional rights to engage in politics, she commented, “More than 120 people have been arrested in eight provinces. Virtually all our active workers are being arrested. Those in power say they are not closing the HDP. The HDP is giving a clear message among international public opinion. However, the truth is that they are effectively forcing us to close and cease our party activities.” Indicating that they were not approaching the operations that were being staged independently of their strategy relating to the 31 March local elections, Başaran indicated that the HDP had the strength to transform and change politics in Turkey and, following years, had inflicted defeat on the AKP in the metropolitan cities, most notably Istanbul.

Also pointing to the preparations being made by those in power, having seized HDP municipalities through trustees, for the transfer of a considerable portion of the local authorities’ powers to the Presidency, Başaran said, “This is a regime issue. Democracy no longer holds sway in Turkey. With us discussing radical democracy and discussing the creation of mechanisms for the whole of society to express itself, there is not even representative democracy today. Leave this to one side; people’s right to vote and stand for election has been suspended in a region of the country. And this is done for the lamest of reasons.”

Stressing that the power holders wanted to lend permanence to the single-man regime, the HDP’s Ayşe Acar Başaran said, “They are showing this by starting with the Kurds, the area where the assault may unfortunately appear most legitimate. A dictatorial regime is being established in Turkey.”

“A NO ‘IFS’ NO ‘BUTS’ A COUNTERPOSITION IS NEEDED”

Saying, “If the HDP falls, democracy in Turkey will fall,” Başaran noted that everyone needed to realize this and said, “This is an assault on Turkey’s shared life and the will to cohabitate.” Pointing to the HDP’s pluralistic structure and struggle for democracy, Başaran said that this was why the HDP was coming under duress. Başaran emphasised that remaining silent against the assault on the HDP would be support for the monopolistic regime it was wished to construct. Also stating that a tight rein had been imposed on society, Başaran said, “We saw how strong we were in previous events. On combining strength, combining voices and combining wills, we can become an unbeatable force.”

Calling out to public opinion, Başaran said everyone, above all those who wish for democracy, needed to drop the “ifs” and “buts” and manipulations and stand in opposition to this assault directed at the HDP. Pointing out that this was no situation for “buts,” Başaran had the following to say, “Be sure, if the power holders had evidence to hand, as they claim, they would go on a publication blitz with it. They talk about it in abstract terms. We have to forever defend and exonerate ourselves in the face of a vilification campaign. We must adopt a counterposition altogether. Against the monopolistic system being established and the assaults targeting the HDP.”