Dr. Arzu Yılmaz: The basic problem in Iraq is the state, not the government

University of Hamburg Guest Lecturer Dr. Arzu Yılmaz: The basic problem in Iraq is not the government/administration, it is the state; all the state’s institutions have collapsed and this has been so since 2003. 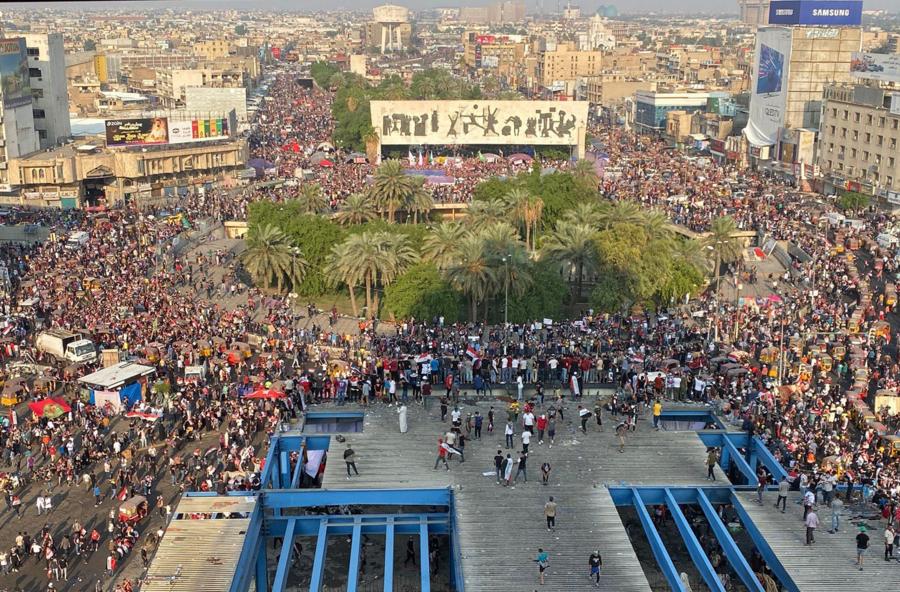 Iraq, population forty million, which was under occupation for years - the country is petrol rich and the two-year fight against ISIS totally devastated the country’s people. A country, plagued by war for years, is devoid of the most basic of functions such as infrastructure, education and security. It would not be wrong to speak of the virtual collapse of all state institutions. As things stand, Iraqis have had their fill.

Iraq has been shaken by protests for a month. Now “civil disobedience actions” have begun. People are on the street throughout the country. So, what is the cause of the protests? What is the situation with organized struggle in Iraq? I asked all these questions to University of Hamburg Guest Lecturer Dr. Arzu Yılmaz, who is closely following developments in Iraq. Yılmaz says, “Above all, there is no state that can even perform the most basic of functions such as infrastructure, education and security. That is, the basic problem in Iraq is not the government/administration, it is the state; all the state’s institutions have collapsed and this has been so since 2003.”

What appears to be underlying the protests in Iraq?

However much the protest demonstrations are rooted in demands for equality, justice, jobs and livelihoods and opposition to dysfunctional regimes mired in corruption, just as in the Arab Spring process eight years earlier, it would be no mistake to say that basically the power tussle between Iran and the US is underlying the protests in Iraq.

There is said to be “US provocation” in the protests. To what extent is this true? Even if so, how big a part does it play? Where does the popular movement position itself vis-a-vis this? How does sectarianism play out in the protests?

The popular movement is the frame of the visible picture. But both America and Iran are in this frame. Essentially, if we leave the historical background to one side and make a present-time interpretation, the heart of the issue is based on Iraq’s reconstruction following ISIS – and the US has tabled this project calling it the “Reconstruction of Iraq” – and efforts to reinvigorate Iraqi nationalism as the mortar of this reconstruction. The aim is initially to get Iraq, reduced to failed-state status once more in the wake the ISIS attacks, back on its feet while, in the process, breaking the influence of the Iranian regime and Iranian Shiism. This project was rendered obsolete with the government formed in the wake of the most recent elections to be held. For example, efforts to eliminate Hashdi Shabi, seen as having been set up and functioning as Iran’s force in Iraq, came to naught. In fact, these most recent protests became widespread following these very efforts. Two months earlier, the protests were only happening in Shiite residential areas and were targeting government change. For example, Sunnis were absent from the stage in the first phase of the protests. However, things soon seem to have undergone reversal. Even if today Sunni residential areas are to a large extent calm, Sunni politicians and Christian minorities are also involved in the protests. And anti-Iranianism has acquired a character that overrides all demands. For example, they are gradually heading in a more radical direction, such as changing the Iraqi Constitution in full, that will probably spread chaos throughout Iraq. It is really hard to work out what will happen tomorrow.

Can it be described as a spontaneous movement? Is there an organized force behind the protests?

In social events of this kind, “spontaneity” can only be explanatory at most at the emerging stage. Especially in a place like the Middle East where there is no civil society or institutionalization, structures that are organized sooner or later become involved. We can say that this stage has now been reached in Iraq.

PROTESTS MAY SPREAD THROUGHOUT IRAQ

What is the meaning of Shiite religious figure Muqtada Sadr, leader of the ruling coalition, coming out into the street? Ali al-Sistani has called for reform. Is there also a Shiite intervention in the protests?

It appears that both Sistani and Sadr have lost the capacity to control the course of events. I suspect that at this stage the priority of both is to prevent the Shiite masses from being divided. If the affair can be ended rapidly with a change of government, the events can be expected to die down, even if for a while. But, as I said, if it goes on like this it appears inevitable that the protests will spread throughout Iraq and civil war will break out.

THE BASE HAS BEEN UNDERGOING TRAUMA FOR DECADES

What is the magnitude of the protest being staged with talk of “unemployment, poverty, government corruption”? In the end, we are speaking of a country that has suffered years of foreign intervention, has been occupied and undergone war. What sort of consequences does this produce?

We cannot think of the protests in Iraq separately from the protests in other Arab countries, that is from common denominators such as unemployment, poverty and corruption. In terms of this dimension, it does not actually have a purely regional character, but a global one in the context, for example, of the protests in Latin America. But, of course, Iraq has its own conditions and dynamics, too. Above all, there is no state that can even perform the most basic of functions such as infrastructure, education and security. That is, the basic problem in Iraq is not the government/administration, it is the state; all the state’s institutions have collapsed and this has been so since 2003. Secondly, Iraq lacks an elite class that is the most important dynamic in social change. This is also a legacy of 2003. They died, fled or settled abroad and those that remained lost the class attribute in question. As to the base, this is a trauma generation. It has suffered war and violence for decades. An uneducated, unemployed and politically radicalized generation. What kind of consequence is to emerge from this story? ISIS is actually a consequence that emerged from this story. Is a different result to be expected in the nurturing ground for the protests taking place today? In truth, I am not optimistic in this regard.

What is the government’s position just now? More than one hundred people are stated to have lost their lives. What kind of steps will the continuation and structure of the protests force the government to take?

This government has become obsolete along with the project behind it. It is now hard for it to continue at this stage and it does not in any case possess the capacity to meet the demands in question. If we presume that all goes well, we can expect the formation of a new government. And this essentially depends on an agreement to be reached between the US and Iran. So, however much the protests are opposed to a foreign intervention regardless of where from, it would be naïve to think that events will crystalize independently of the realities of Iraq.

Hope and chaos in Beirut

Academic Alphan Telek: The world is in an era of transformation and the system is cracking

Labour Youth: The streets are rising, we won’t be silent!