In the local elections this March, the opposition party CHP won a majority in five of Turkey’s six largest cities, in addition to a number of other cities and districts across the country.

To those of us who have observed with great concern Turkey’s increasing authoritarianism and suppression of fundamental rights, especially press freedom, this development has brought hope that a democratic transition in the country is “not only a possibility, but even a probability”, as well-known journalist Kadri Gürsel, who is also an Executive Board member of the International Press Institute (IPI), put it.

But change in local government is not yet a democratic transition per se and the CHP needs to send a strong signal that it is serious about prioritizing the public interest and not its own political goals. This can be done by focusing on fundamental rights and countering polarization by promoting diversity and inclusivity, as IPI discussed with Istanbul Mayor Ekrem İmamoğlu and CHP leader Kemal Kılıçdaroğlu last week.
As far as press freedom and journalism are concerned, IPI believes the following priorities should be the guiding principles for a new nation-wide approach that the CHP now has the possibility to implement in the municipalities it controls.

First, create public spaces where public-interest journalism is produced, taught, and discussed, as recommended in a new report by IPI Turkey National Committee Vice Chair Emre Kızılkaya. Local governments should provide spaces, free of charge, where journalists can work and meet, develop collaborative projects and share knowledge and skills, as well as exchange opinions with politicians and audiences. Administered by a multi-stakeholder coalition of civil society organizations and political representatives, under a clear set of roles and responsibilities and a transparent budget, these initiatives would show public support for quality, independent journalism while serving as incubators to help new media outlets get off the ground at a time of political and economic crisis.

Second, create independent institutions to ensure a fair distribution of state advertising and public benefits to a diverse range of news organizations and based on a clear set of criteria. Doing so would help insulate news outlets from shifting political interests, especially local news outlets, which have a unique value but inevitably depend on public advertising.

Third, create better possibilities for public debate on draft policies and other issues of public interest – trust in public institutions is built on participation and inclusion. These are also the best antidotes to the type of disruptive polarization we have seen in Turkey. CHP local administrations should ensure that journalists have access to draft policies and insight into local governments’ discussions about them. Only then will journalists be able to give voice to the spectrum of opinions present in society and ensure that any final decision takes into consideration the input of various stakeholders, themselves well-informed following a thorough public debate in the news media.

Publicly funded, multi-stakeholder, institutionalized structures dedicated to promoting media independence, a diversity of views and access to information will be difficult to control or dismantle by the government of the day and so further strengthen critical thinking among journalists, civil society and the public at large, which is Turkey’s best bet for sustainable democracy. After many years of partisan politics, CHP local administrations have a unique opportunity to show Turkey the value of true public-interest policies. They shouldn’t miss it!

Evrensel is going to celebrate its 25th year on social media 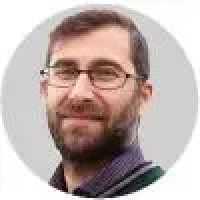