Spokesperson For Unity For Democracy, Rıza Türmen: There is a need for a new social contract

Pointing out to the results of the Istanbul elections, the former European Human Rights Court (EHRC) judge Rıza Türmen emphasised the need for forces of democracy to struggle for surmounting the obstacles in front of democracy. 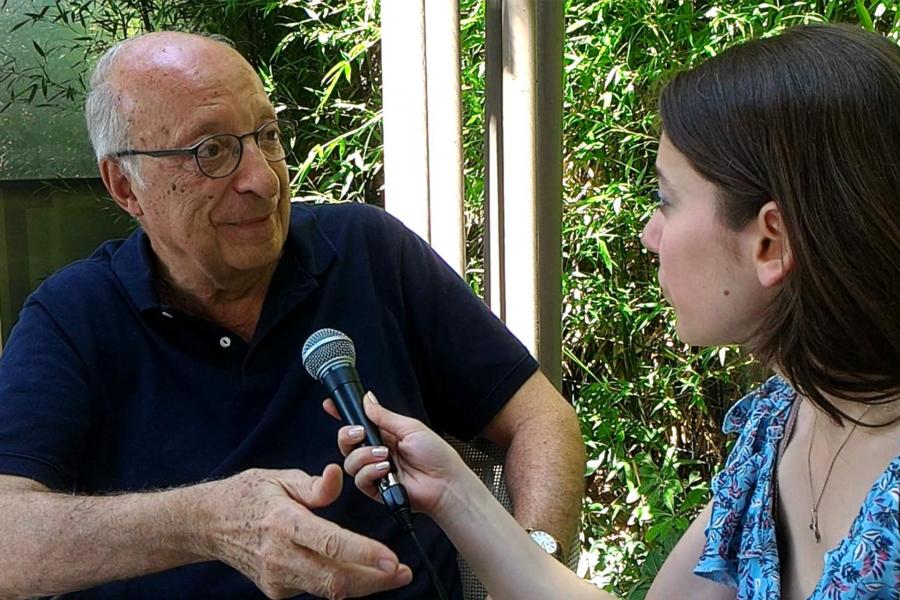 Rıza Türmen, the spokesperson for Unity for Democracy (Demokrasi İçin Birlik - DİB), who also served as a MP for Izmir in the 24th parliament, discussed with Evrensel, the ramifications of the Istanbul elections, his views on the road map to be followed by forces of democracy in the new period and the need for a new constitution.

Pointing out to the results of the recent Istanbul elections and emphasising the need for forces of democracy to struggle for surmounting the obstacles in front of it through a mobilisation for democracy, Türmen stated “the need for a new social contract in Turkey.” Emphasising also the need for a manifesto which will realise the new social contract, Türmen commented that “henceforth, a resolution has to emerge in Turkey which solves the Kurdish question. One cannot resolve these issues by killing people.”

What did the results of the Istanbul Mayoral elections show us?

There is a significant difference of 806 thousand votes, which represents 9% of the total. In many districts where AKP had the majority in the 31st March elections, Ekrem İmamoğlu [the Republican People’s Party CHP’s candidate] has now gained majority, which shows: there were two discourses present. One was that of othering, excluding, polarising and of hostility. This was the discourse of “they are committing treason, they are collaborators, they are the ones wishing ill upon the country, they collaborate with the terrorists. We are the good ones, we have a cause, it is a sacred cause.” And exactly opposite this was a gentle language, which generated another “we,” which was internalising and reconciliatory, and was oriented towards enabling a new [period of] social peace and was in search of a new social contract. There were two choices before the electoral as though black and white and they opted for one of those choices.

‘NOT ALL THE VOTES BELONG TO THE REPUBLICAN PEOPLE’S PARTY’

Did Ekrem İmamoğlu enter the elections with a democratic front?

While CHP (Cumhuriyet Halk Partisi – Republican People’s Party) have an electrical potential in 25%-30% band, how is that İmamoğlu can gain more than 50% of the votes? What this implies is that not all these votes belong to the CHP. They are the votes of broader sections of the public and within this, there is alliance votes. Here there is of course much work that can be done by the civil society. This is because the political parties which are within this democratic unity have significantly different ideological positions. Both the Prosperity Party [Saadet Partisi, a leading political Islamist party] and Peoples’ Democracy Party [Halkların Demokrasi Partisi, a major pro-Kurdish leftist party] are within this unity. For this reason, in order to keep together such a wide range of things together, civil society institutions who can establish contacts with these parties and communicate with them are going to be play a major role in the forthcoming period… There is nothing wrong with expending efforts within the parliament to do what one can politically but in the forthcoming period, the place where politics should really be done must be outside the National Assembly.

A RESOLUTION PLAN FOR THE KURDISH QUESTION…

What should democratic forces do then?

A mobilisation for democracy should pave the way for an age of democratic revolution. The obstacles in front of democracy should be done away with. There is a need for a new social contract in Turkey. For it is important to understand that those who have a faith and are Muslims live in Turkey, those who have opted for a secular lifestyle or an Islamic one live in Turkey. Kurds, Turks and the Laz live in Turkey. Sunnis live in Turkey and so does Alevis. Henceforth everyone has to accept, recognise, reach out, meet and speak with each other. In İmamoğlu’s comments one traces the kernel of this very contract. A manifesto is needed to realise this new social contract. Such a manifesto should be prepared together with Unity for Democracy (Demokrasi İçin Birlik - DİB) and civil society agencies and of course, with the political parties and should be declared as such. It should be stated that “henceforth a period of peace has begun, and its principles are such and such.” And of course, it is high time someone proposes a resolution plan for the Kurdish question in Turkey. One cannot achieve these by killing people. Everywhere around the world, ethnic questions have been resolved by sitting around a table and negotiations.

WILL CHP BE ABLE TO FACILITATE INCLUSIVE DEMOCRACY?

Will the CHP openly take part in such an effort?

Of course, it will. This is because this is the kind of thing CHP needs. CHP is now an aspect of a unity which is bigger than itself. In so far it maintains this, it has a chance of success and maybe it now realises this. This was also the case in the March for Justice. Hundreds of thousands participated in that march, not all were CHP members but people who wanted justice. The CHP recorded a major success in the local elections; however, will the CHP be able to facilitate inclusive democracy where it won? Will it able to ensure the participation of the public into politics as it is subject through structures such as neighbourhood assemblies, city councils, workers’ and women’s councils? In my opinion, with regards democracy, this is one of the most important issues. This is what CHP must do in councils it controls but there is perhaps a need to show and lay bare this model.

President Erdoğan had mentioned a “Alliance of Turkey” following the 31st March elections. Do you think it is possible for such an alliance to form and if does, do you think it will be able to address the needs you have described?

The answer to this question depends on what one means with the phrase “Alliance of Turkey.” This is because, despite being mentioning by Erdoğan, it was not substantiated much in the aftermath. As is the case with all populist leaders, Erdoğan also has the perspective that “I am the people.” As for those who does not support him, he does not call them the people, they are something else. There is a need to make a new “people” in Turkey. There is a need for people to internalise democracy alongside their identities.

Both the Erdoğan, parliamentary majority and the AKP provincial municipalities are now 'lame ducks'