“The more the ruling party is squeezed, the more brazen the lies it resorts to.” 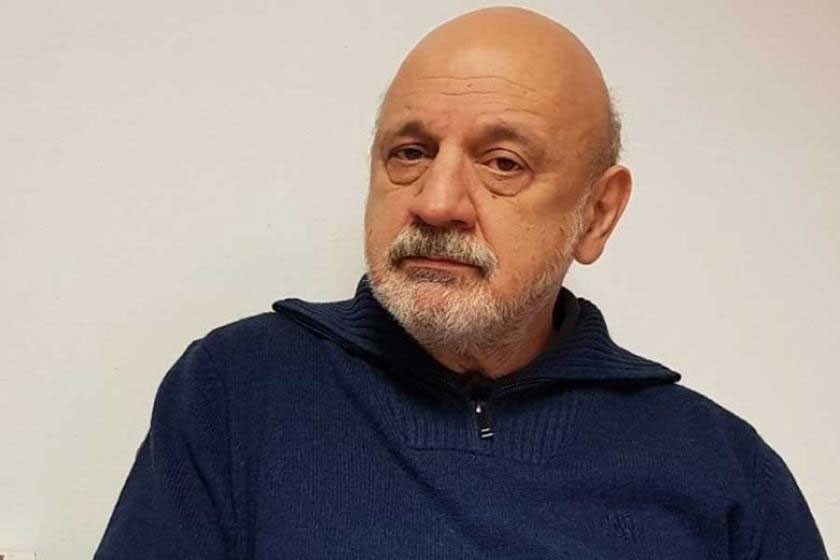 We have all seen the “news” targeting the opposition in the government-controlled media, but the proportions of such “news” have changed of late. Non-existent things are portrayed as if they exist and the reporter fleshes out the lie and tells fresh lies to inspire popular credibility for the thing they flesh out. The result: a whole host of brazen-faced lies doing the rounds.

Just now, the figure “best loved” by the government media is the CHP’s Istanbul Metropolitan Mayoral Candidate Ekrem İmamoğlu. Words spoken by İmamoğlu, who comes in for flack in every line, on a TV station he was appearing on were cut, assembled and served up. İmamoğlu was made to appear to have called out to FETO and the PKK “Let’s govern Istanbul together!”

Well, what impact does this propaganda have on the electorate? What does the ruling party gain from the lies created in the media? Or does it lose from this? I spoke about goings on in the pro-ruling party media with media critic Ragıp Duran. Duran says, “The more the ruling party is squeezed, the more brazen the lies it has to resort to. The ruling party, showing signs of collapsing/breaking up, is in panic.”

The government-controlled media is portraying non-existent things as if they existed. For example, the dialogue İmamoğlu had with a small businessman is construed to be the delivering of a “slap.” How does this play out on the electorate?

We cannot speak in general terms of a monolithic electorate or mass body. The ruling party’s most recent manipulation – let me note in passing that it was done most amateurishly – may impact differently on different circles. Even a section of those who only watch the ruling-party media and blindly believe in and support Erdoğan may be plagued by doubt over this falsehood. They may have qualms over how likely it is for a candidate standing for election to say, “I’ll govern Istanbul together with FETO and the PKK!” People who lack an independent and critical perspective, whose educational level is not high and whose cultural identity consists of faith and homage do not watch the media to gain new information and broaden their horizons. They read newspapers, watch TV and listen to the radio to get confirmation of what they in any case know and believe to be true.

And when their own ideas, beliefs and “truths” are aired in the media, these people take delight, are convinced and imagine themselves to have been vindicated by the media.

In the clip we’re speaking of, the small businessman appears to have been taken in by the propaganda. Is such conviction very widespread?

When belief overshadows the truth and indeed also surmounts it, this means the situation is serious. I don’t imagine there are millions of people in the small businessman’s position. I believe especially those who watch the assembled clip and the original clip will easily be able to see the falsehood. The young small businessman is actually in a blocked position. He is insistent about not watching the original video.

Mehmet Akif Ersoy, who posed the question to İmamoğlu on TV, warned of negative repercussions for the AK Party with reference to such manipulation. What kind of take-up does this have among AKP voters?

AKP voters, who are gradually declining in number, will understand it to be a falsehood if they act a little honestly and logically. In the campaign it wages until the 23 June election, the ruling party wants to win back the voters who used to vote AKP but are swinging to other parties or are not voting. This body of voters that in any case has moved away from the AKP for various reasons has gained another justifiable reason to account for why they are not voting AKP in the form of the most recent falsehood in clip form.

We’ve seen plenty of distorted reporting but mendacious news was not that prevalent. The Kabataş lie caused an outrage at one time. Now, every day sees a Kabataş. Is the resort to so much mendaciousness out of concern over losing Istanbul? What’s your take on this?

Yes, you’re right. Did the Son-in-law, who sees the mass of citizens as no different from a herd of sheep, not once make a comment to the effect, “If we said we’d made a four-lane motorway on Mars, there’s a crowd that would believe it?” However, this most recent example is not a falsehood that’s particularly easy to sell.

Nobody just now can go to Mars and check for the existence of a four-lane motorway, but on comparing the false clip with the original they realize who’s lying.

The more the ruling party is squeezed, the more brazen the lies it has to resort to. The ruling party, showing signs of collapsing/breaking up, is in panic. And there’s also a technical side to the affair. Distorting news, hiding news, mendacious news, agitation and blown-up reporting are not so easy to pull off. The AKP’s propaganda team is breaking up, too. They have proved it.

ROBBING THE SLAP SCENE OF MEANING IS A CORRECT STRATEGY

Replies on social media to false news are on the increase. What effect do such ironic replies have on the electorate?

This has also caught my attention. Humour is an important dimension, a feature that is developing, on social media. A vehicle for opposition. It’s hard to argue with the ignorant and stupid, and they’re mostly of a dogmatic frame of mind, and, on top of this, you may not always get a positive result. So, on the one hand, making fun of the issue and paying no heed to provocation and falsehood is a good approach. On the other hand, producing a multitude of similar scenes in humorous language and robbing the slap scene of meaning is a good strategy. Is it not in fact voters who are posting these clips on social media and writing the subtitles?

Is there a visible change in the mass body that was taken in in the previous elections?

Even if we take electoral fraud into account, the change among AKP voters made itself felt in the 31 March election result, that is the distribution of votes. The AKP finally fell below fifty per cent along with the MHP. So, the discourse of majority, national will, our people and our nation have been invalid for a while. They are occupied with virtually nothing but smearing the opposition because they no longer have anything new to say. There are no new promises, either. The disquiet internal to the AKP, the dissonant voices emanating from the ruling-party media, the tension in the civil service, the rising hope visible in all opposition circles and the cracking at least of the fear barrier are factors that are changing AKP voters’ preferences.

The AKP has lost its credibility and is helpless!

Prof. Dr. Ülkü Doğanay: Both the economic crisis and annulment crisis will leave their mark on the election

Democracy watch participant lawyer Kemal Aytaç: We are taking a stance against lawlessness

Demirtaş: If I were the İstanbul candidate I would put mirrors on the billboards

The SEC ruling has tarnished every election that has been and will be held!

SEC’s reasons for annulment: Much ado about nothing

The one-man regime and the new order at municipalities!

HDP's SEC representative to AKP: You stoled personal data of the voters

Is the AKP-MHP alliance likely to win the re-election by stoking up the tension?

Associate Professor Dr Murat Sevinç: We’re witnessing the most surreal story in the history of the Turkey