EMEP: No to the Guaido Coup! Imperialists hands off Venezuela!

The Labour Party (EMEP): We support the righteous struggle of the people of Venezuela and offer our solidarity with them. 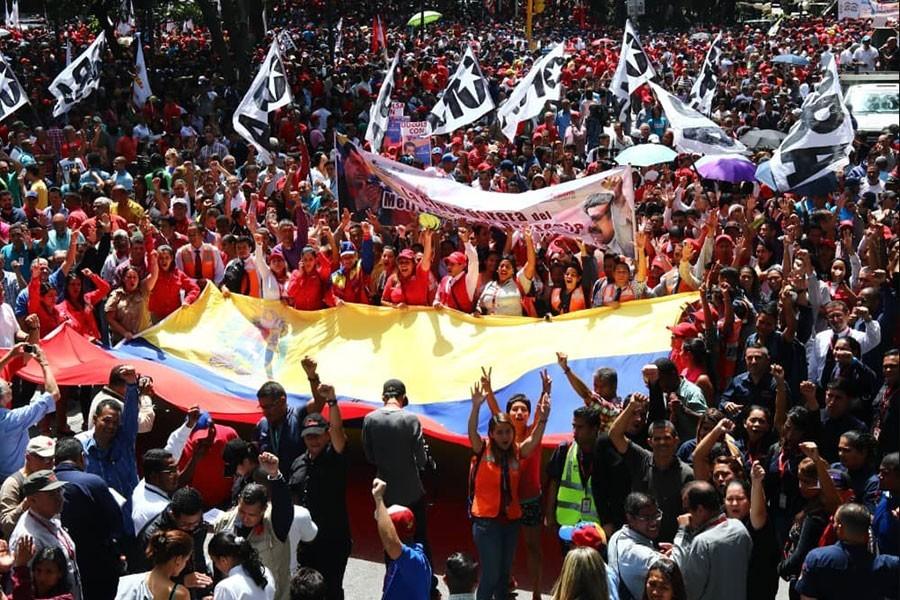 The Labour Party (EMEP), made a statement about the coup attemp in Venezuela.

Here is the EMEP's statement:

"Juan Guaido, the leader of the US collaborators in Venezuela, has illegally declared himself president of the country.

Collaborationist monopolist forces have been making various attempts to overthrow the Maduro administration for some time, even assassination attempts; they were preparing the ground for impact with economic speculation and black market activity. The American imperialist embargo on Venezuela was seen as a blessing.

Maduro's policies also accelerated Venezuela's economic crisis and increased poverty and dissatisfaction. This is the base that the right-wing reactionary forces found and turned into an opportunity to attempt a coup.

Interventions by coups are a violation of the right of people to self-determination.

The US and Trump are behind Juan Guaido, who has long sought to overthrow Maduro. And Trump announced without delay that he recognized and supported Guaido who had declared his position as president without any legal rights or grounds. The reactionary bourgeois powers in Latin America support Guaido. It is highly probable that the United States, which has been looking for an opportunity for a military intervention for a long time, will make the provocative armed actions of Guaido a reason to intervene.

Maduro, who wants US diplomatic representatives to leave the country, called on the Venezuelan people to fight against the coup attempt and imperialist intervention. In response, millions of people went out on the street. At the rally in the capital Caracas, fighting and protest against Guaido's illegal presidential declaration and the US intervention initiative is under way.

Venezuela also faced a coup attempt in the Chavez period. The coup against Chavez was repulsed within two hours. They are trying a second time.

US imperialists and their internal collaborators made plans to confiscate Venezuela's oil, natural gas, and gold. The Venezuelan people also resisted this.

The people of Venezuela are a people who have proven their determination to fight against imperialism and capitalist exploitation.

The working class and laborers of Venezuela will also struggle to defend their right to self-determination against this great challenge and repel this second coup attempt. To the extent that the world's workers and laborers make their voices heard together with the Venezuelan people against the sanctions of American imperialism and Guaido-led coup d’état, the coupist politics in the hands of Venezuela can be stopped.

We, as the Labour Party, support the righteous struggle of the people of Venezuela and offer our solidarity with them." (EVRENSEL DAILY)

What is going on in Venezuela?

EMEP: No votes for the one-man alliance