Erdoğan praises the Free Syrian Army (FSA), but who are they?

What groups constitute the Free Syrian Army (FSA) and who its members become a matter of curiosity since they joined the ‘Olive Branch’ operation. 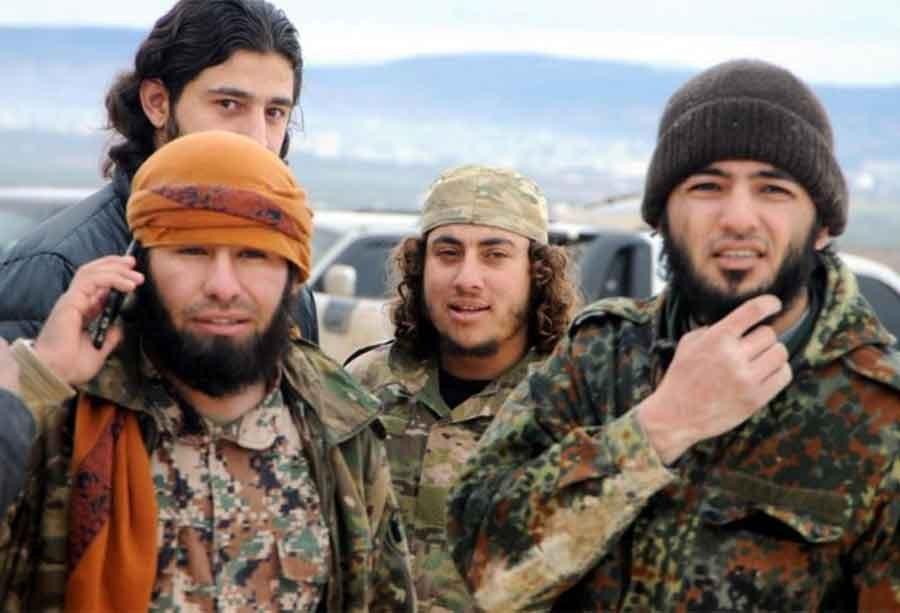 President Tayyip Erdoğan described the forces that are known as ‘FSA’ (Free Syrian Army) that joined Turkish Armed Forces in their military operation as “soldiers of a struggle with character and honour”. “Those that call the FSA terrorists are the same as PYD, YPG, DAESH - ISIS -  and the PKK” he claims.

What groups constitute the ‘FSA’ - that Erdoğan speaks of with such admiration - and who its members become a matter of curiosity since they joined the ‘Olive Branch’ operation. You will have to put in a long shift in to identify the groups taking part in the operation; in order to spare you the effort, I will start with the first question...

The assembly that Erdoğan refers to as the FSA (Free Syrian Army) is one of many mentioned regularly since the start of the Syrian crises. However, the fuzziness of the groups on the ground points to a contradiction. The difference between its connections to external forces and its non-threatening name that evokes pleasantness and its actions on the field lead to constant questions about the group.
In 2013, a video showing the leader of the Farouq Brigade of the FSA, Abu Sakkar, eating the heart and liver of an Assad soldier had spread the question about how moderate ‘moderates’ are? Furthermore, in 2016, a member of the Nour al-Din al- Zenki Movement (some previous militants of which are today joining the Afrin operation as members of Jaysh al-Nukhba) drew attention after the of video of one member decapitating a Palestinian immigrant child in northern Aleppo.
When it comes to carrying out war on a religious basis, parallels between the FSA and IS, al-Nusra and Ahrar al-Sham have been demonstrated by many examples. The fact that thousands of militants switched to this organisation from the FSA, after it became weaker, is another indicator of the mentioned ideological proximity.

THE PROTECTIVE UMBRELLA OF JIHADISM

As of 2012-13, groups including the al-Nusra Front, IS, Ahrar al-Sham, Nour al-Din al-Zenki Movement, Army of Islam (Jaysh al-Islam) and Faylaq al-Sham have become more prominent in different regions of Syria. Nevertheless, the ‘FSA’ template continued to be a protective umbrella for the majority of these groups and their supporters, as well as the Western media. Many armed groups in Syria, often acting as temporary coalitions, have been called moderate names such as “Opposition”,

“Insurgents” and “Moderates”; this helped these groups, the most famous of which is the al-Nusra Front - the Syrian arm of Al-Qaida, to stay “hidden”. For example, when Idlib was overtaken by a ‘Conquering Army’ supported by the US and under control of Turkey, Saudi Arabia and Qatar; the flags of the FSA, Ahrar al-Sham and Al-Nusra were flying together in the city centre.

This tactic was close to its sell-by date as the FSA greatly weakened and lost foreign support in recent years. However, it came back into circulation following direct military intervention in northern Syria by Turkey through the ‘Euphrates Shield’ offensive. Extending from Jarabulus to Al-Bab, control of this region was taken from IS and given to armed groups under the influence of Ankara. Groups used in interventions under operation ‘Euphrates Shield’ in northern Syria were called the FSA. The existence of these groups gave Ankara the opportunity to claim that “we are working with the regional forces in Syria.”

This course evolved to another phase with the Astana Agreement in 2017, which created non-conflict zones in Idlib. Turkey entered Idlib under the observance of Tahrir al-Sham (al-Nusra Front), linked to Al Qaida. Control points were created to the west of Afrin and all plans were targeting this city. Towards the end of 2017, the ‘Syrian National Army’ was established under the leadership of Turkey.

WHO MAKES UP THE ‘FSA’, A PARTY TO THE AFRIN OFFENSIVE?

The most ambiguous point regarding groups named as ‘FSA’ by Erdoğan is that is not clear who is on the field. Faylaq al-Sham (Damascus Legion) seem to be the strongest jihadist group on the field where signs of Tawhid and Bozkurt [Turkish nationalist hand gesture] are intertwined. Ahrar al-Sham, in close links with Ankara, does not appear to be taking part in the operation as a group. However, Tahrir al-Sham, which currently controls Idlib, stated that 5 thousand jihadis went to Afrin after the beginning of the operation. According to official statements, only Syrians and Turks are a part of the operation. Besides Faylaq al-Sham and Turkmen groups made up overwhelmingly of Turkish nationalists, groups that seem to be prominent are the Jabhat al-Shamiyah (which includes members previously of Ahrar al-Sham), Hamza Division, The Northern Storm Brigade, Jaysh al-Nukhba and Ahrar al-Sharqiya.

In short, the most useful adjective of the 7-year-old Syrian crisis, the FSA, is more a camouflage than reality. It camouflages being a pawn to imperialism, jihadism and sectarian violence based on religion. Whether all this information is necessary, following the words of Erdoğan shared at the beginning of this article is a matter for you to decide.

311 people detained in Turkey, for campaigning against Afrin operation

Afrin Operation is an offence on the whole region