Developments that are components US’ strategic

What lies at the root of the Reza Zarrab case and NATO exercise scandal? And what's the role of Erdoğan-AKP administration in these cases? 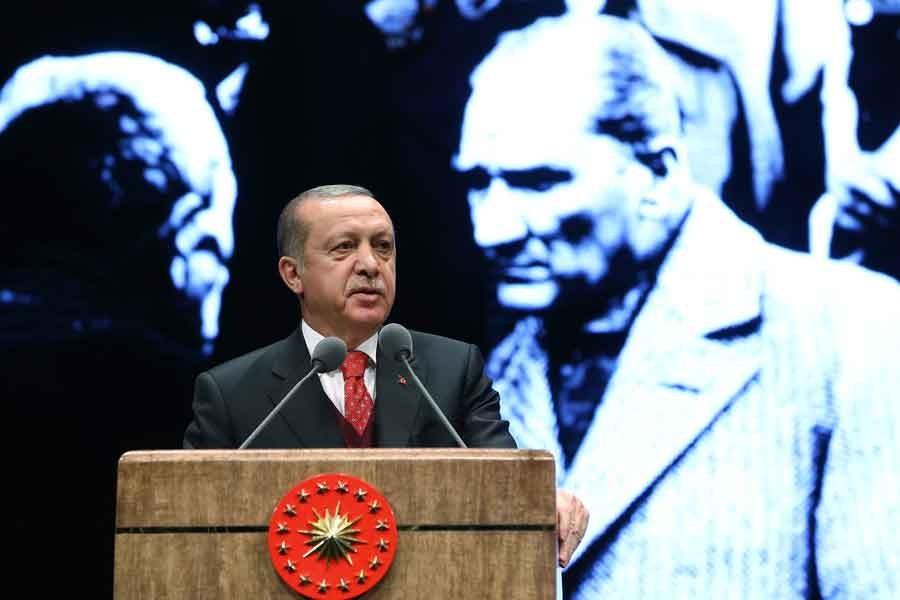 The dimensions that both the imperialist interventions and the conflict between reactionary forces in the region made the direction Turkey’s initiatives in the region more visible. Developments that are the result of the same process, at first glance seemed to have nothing to do with each other, have become more apparent.

The most important of these developments are the following:

The Zarrab case turns into a trial of Erdoğan-AKP administration: Turkish Republic citizen of Iranian descent, Reza Zarrab has been on trial in the United States for nearly two years. Within two years, step by step, this trial became the main subject of the AKP government in Turkey. Because; as the case progressed it went beyond accusations against Zarrab, to that of the request for arrests of the then officials of Halkbank and the Trade Minister of the time, Çağlayan. Thus, it turned into a case where politicians connected with Zarrab in Turkey are in the "defendant’s chair". There are defendants the names of whom are  "anonymised". Everyone knows that the names of  "anonymised defendants" will be revealed in the coming days and that they too will be personalities in positions of authority in Turkey.

Among the news coming through is that the famous "tapes" of the 17-25 December Scandal will be heard at the end of this month. And finally, Zarrab, detained in New York, and his lawyers were not present at the last hearing; this led to speculation that  Zarrab is an ‘informant’. That, in turn, strengthened the possibility that allegations of bribery and corruption of 17-25 December, which were not investigated in Turkey, will turn into a court case in New York. This will mean that the AKP-Erdoğan administration will be tried in New York under the Zarrab case.

The NATO scandal was transformed into a 'grace of God': the scenario that targeted Erdoğan and Atatürk and the scenario that categorised Atatürk as the "enemy commander" during the NATO exercise in Norway, led to an escalation in the friction of recent years between NATO and Turkey and to laud polemics that includes the purchase of s-400 missiles from Russia. President Erdoğan commenting on the situation said "I am not the target; the target is the nation -Turkey” he declared it as a “national case!” Thus, the Erdoğan-AKP administration launched a massive propaganda offensive to transform the NATO exercise scandal into "the grace of God."

Attempts to determine the political structure of Syria and Iraq after ISIS: initiatives for redesigning the region after the elimination of ISIS in Syria and Iraq, on the one hand, accelerated regional reactionary movements and on the other hand ‘converged’ the intervening imperialist in the region. Negotiations to be held in Sochi tomorrow, seen as a step in the search of a solution, are important before the Geneva talks where negotiations will take place between the Russia-Iran-Turkey axis and the US-western imperialist axis. However, due to Kurdish dynamism in the Turkey-Iran-Russia region, especially the relationship between the PYD-SDG and Russia, and their position on the autonomous Kurdish region in Syria, the signs indicate to an end of the honeymoon between Turkey and Russia. So, the question of how a consensus at the Sochi summit will turn into a solution plan in Geneva is growing.

US ATTEMPTS TO GET ITS REGIONAL ALLIES IN LINE

In terms of the Middle East, developments that began with the "palace coup" in Saudi Arabia aim to give a new order to both US allies and to re-shape Iran's attempts to spread to the region; behind all this lies Russia’s increased power in the region against the US. These initiatives are of great importance also for the ‘alignment’ of Turkey. Although Turkey is maintaining a language and attitude as if these developments are not related to itself, it is unquestionable that this development will affect Turkey; even more, than all the other developments we have mentioned above.

Because of the attempts to re-align the US-Israeli created "ancient allies" of the US in the region depends on the same aim as the initiatives created towards Turkey's.

THE INITIATIVES AIM TO RE-ALIGN THE ALLIES IN THE REGION

The Zarrab case; the NATO scandal in Norway; discussions on the purchase of S-400 missile system; causing the collapse of the alliance of Turkey-Qatar-Saudi Arabia while intervening in Syria; and driving forward the Saudi Arabia-Egypt alliance, and initiatives against Iran and Russia gaining power in the region; of course these are all directly related to US regional strategy.

Erdoğan and the AKP administration, who are aware of this, withdraw themselves from being targets and declare all these problems as "national issue" by claiming that these attacks put "Turkey and the nation in target" (They seem to have gained the support of various opposition groups especially of CHP already.)

Yes, the US, Western imperialists and Russia are aiming at cornering Turkey with various initiatives; and in this respect, they want to make concessions from Turkey in favour of their own strategic goals. It is no surprise that imperialists and regional reactionaries are attempting to squeeze Turkey into a corner by calculations/plans against Turkey. Because they are doing what is “in their nature".

THE RESPONSIBILITY OF ERDOĞAN-AKP GOVERNMENT IN DEVELOPMENTS

The main thing here is; the role Erdoğan-AKP governments play in the imperialist countries and regional reactions to "the cornering of Turkey". That is, if you show Zarrab's partner in Iran and sentence him to death, and if you neglect the resulting bribery and corruption documents as the conspiracy of 'police officers and prosecutors of FETO; if you try to cover up all these by your so-called anti-imperialist calls of "down with the USA"; your credibility can be as only convincing as you claim to have turned into Ataturkism!

If you close your eyes to Kurdish dynamism in Syria and Iraq and their demands, of course, you will fail to convince anyone with your claims of “bringing a solution” to major problems in Syria and Iraq.

And if you show being a partner in plans of Russian imperialism as anti-imperialism against the US; you will not convince anyone except your fanatics and Vladimir Putin’s Russian/Chinese "lovers".

Because of this, Erdoğan-AKP Government, ruling the country for 15 years, are responsible for the country being cornered to this extent.  Without taking responsibility and fulfilling its obligations, blaming everyone but oneself or complaining will not convince anyone.