Twitter's latest transparency report shows the number of content removal requests made by different countries. Turkey is at the top of the list. 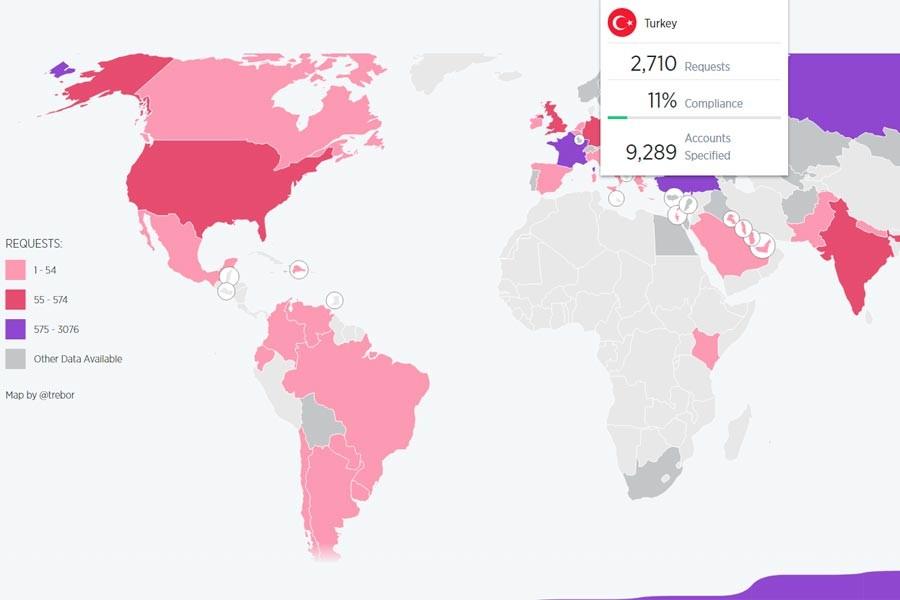 Twitter's latest transparency report shows the number of content removal requests made by different countries as well as the share that were granted.

In the first six months of 2017, Turkey was the most controlling of Twitter content, making nearly 2,000 removal requests between January 01 and June 30. 11 percent of those requests were granted to some extent.

Turkish authorities detained thousands of people after last July's failed coup with President Tayyip Erdoğan clamping down on what he perceives as illegal online activity for years.

Russia also has a long history of attempting to silence Putin critics and it comes second, making a total of 1,213 removal requests up to June 30th.

In the first six months of the year, 90 percent of all removal requests came from just four countries - Turkey, Russia, France and Germany.

As part of the latest Transparency Report, Twitter has revealed the national governments which have sent the most requests for users' information in the first half of 2017.

By a large margin, the country at the top of the list is the United States. Of the 2,111 account information requests made, Twitter responded 77 percent of the time with at least some data. A total of 4,594 accounts were specified in the requests.

While Turkey made 554 requests, on no occasion did Twitter produce information for Erdoğan's government. Indeed, the compliance rate varies significantly between countries. In this top ten list, Italy had the most success with a rate of 78 percent, compared to India with just 21 percent, and of course Turkey with 0 percent. (EVRENSEL DAILY)

50,000 people have been arrested since coup attempt