Aydın Engin: The Cumhuriyet case is not a legal but a political case

We spoke with Aydın Engin, a journalist for Cumhuriyet; the newspaper with 12 of its journalists, illustrators and directors in prison for 9 months. 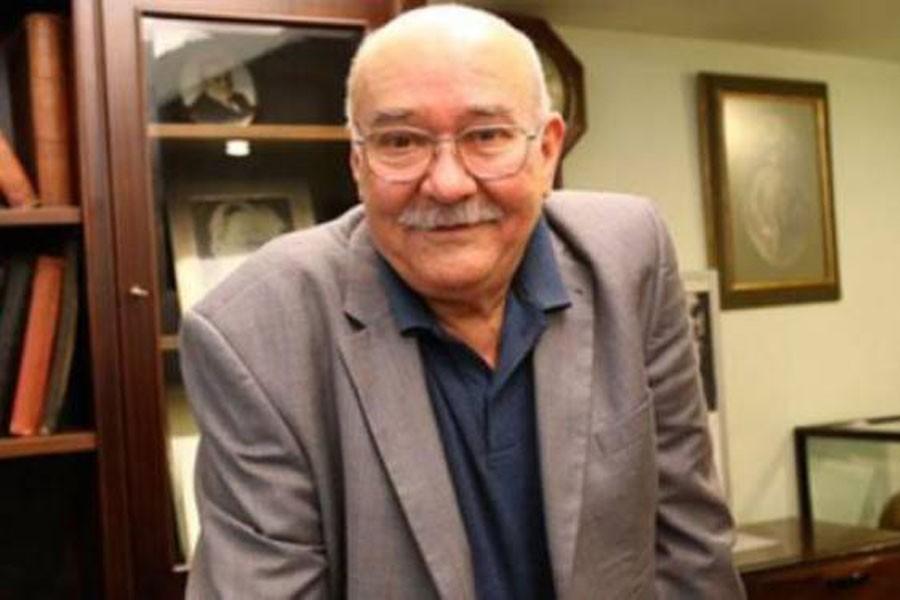 The 12 individuals, held in prison for 9 months without any evidence against them, faced the courts for the first time. The criminal charges, prepared 5 months after the arrests and called ‘baseless’ by legal experts, calls for prison sentences of7.5 to 43 years for 19 individuals including Akın Atalay, Murat Sabuncu, Ahmet Şık, Hikmet Çetinkaya, Aydın Engin, Bülent Utku and Kadri Gürsel. They are claimed to “change the philosophy of the paper, help the organisations of FETÖ/DYP and PKK/KCK and abuse their influential position.”

We discussed the ‘charges’ with long serving journalist Aydın Engin. He was kept in custody for 5 days along with Hikmet Çetinkaya, following an operation on 31 October, and released on bail, having been banned from leaving the country and subject to legal controls.

The ‘MIT lorries’ articles are undoubtedly an important turning point for pressure and custody targeting Cumhuriyet. We should also remember the attacks it suffered following the special issue printed in support of Charlie Hebdo, following the attacks of January 2015. Let’s just clarify it; why is Cumhuriyet targeted?

Let’s look at it from a wider perspective. Charlie Hebdo special issue, MIT lorries articles and the news stories mentioned in the accusations are all pretexts… All around the world, as well as in Turkey, political parties, governments, big corporations, multinationals, big investment groups buy journalists. Either on TV or those in printed media… it is pointless for them to do something every day; they are put forward when needed. These journalists are used to cloak or divert attention from the actions of the company or political movement that they want to stay hidden. We saw many examples of these individuals that give our profession a bad name both in Turkey and the rest of the world.

Nevertheless, during the AKP and Erdogan era, they bought TV stations and newspapers rather than buying journalists, which is difficult. There isn’t an exact figure but it is reasonable to state that 70% of the Turkish visual and written media today has been bought. Of course, it was not Erdogan or AKP that bought them. They said to those that work with the government and especially the big building companies “you buy this TV channel, you buy that newspaper, you get this newspaper/television that was seized from the Jemaat [the Gulen Movement].” They turned into the AKP media, which some call the ‘pool media’. They were turned into ‘organs’. The term ‘organ’ in media circles is a derogatory term. No one would want to use an ‘organ’ as a source of news; whatever it is an organ of will determine its outlook and it will try to reflect reality from that perspective.

The trial of 17 employees of Cumhuriyet newspaper began

What about the rest?

We cannot claim that the rest are ‘clean media outlets that defend the public right to get independent news’. They are the ‘penguin’ media; we are struggling to explain this to foreign media. Instead of revealing reality, they show documentaries on penguins and pretend all is fine. What is left behind is Evrensel, Birgun and Cumhuriyet. We try to do our job as it should be done, trying put flesh on the bones of the public right to independent, reliable news; we are trying to be real journalists. Cumhuriyet has been targeted because, unlike the other two, it is as old as the Republic. It has been seen as a newspaper of reference for a very long time; even during the times, it did not deserve it. For example, in Germany, Bild sells 6.5 million every day while Süddeutsche Zeitung sells only 650 thousand. But when something happens in Germany people do not say “what is Bild saying?”, they say “what does Süddeutsche Zeitung say?”. As Cumhuriyet was seen as a reference, it became a big thorn in the side of the government.

Furthermore, Cumhuriyet does not have a boss; it is owned by the Cumhuriyet[charitable] Foundation. Therefore, it cannot be purchased! Actually, the focus has rightly been our colleagues that are imprisoned but there is a much more dangerous process, another case facing us.

Yes, the easiest way to take over the management at Cumhuriyet was to appoint an administrator. But they couldn’t go for this quick fix during the period during the start of custodies; internal and external solidarity had been immense. However, they became indirectly involved in the case of the Cumhuriyet Foundation. This case is a ring in the wave of attacks that led to my colleagues’ imprisonment and my short-term custody. They are not two independent processes. I believe that the Aydınlık newspaper is in an officially unannounced coalition with AKP.

The charges start with statements that could be summarised as “Why did you change your philosophy?”. It is claimed that “The founder, Yunus Nadi, stated that the newspaper was founded to defend democracy and the public but this philosophy was abandoned in the last three years”. The articles used to support this accusation are articles that defend democracy, human rights, the rule of law and those that are critical of the government. You are accused of being journalists…

Exactly. You can reduce the charges down to one sentence; you changed your line and this is a crime! Besides, Cumhuriyet did not change its line; in a changing world, in a Turkey where new political powers were developing and different demands were rising, Cumhuriyet could not stay as it was in the 30s. Cumhuriyet had some zigzags in its 93-year history, this is inevitable for any newspaper published for so long, but it is also true that Cumhuriyet has been the most effective opposition newspaper in Turkey since the coup of 12 September [1980]. No one can deny this. Cumhuriyetdid not applaud the 28 February [measures were taken against reaction by the Turkish government in 1997] process. More importantly, recently on the Kurdish issue at a time where a peaceful resolution was possible, Cumhuriyet portraying the Kurdish issue as a simple movement of violence and terror would have meant becoming a newspaper covered in cobwebs. This newspaper has writers that are Kemalists but also those that were never Kemalists, those that take Marxism as their guide. This is the richness of the paper. It is not a change of line but a revitalisation, adjusting to the demands of the age. If anything, it should be applauded.