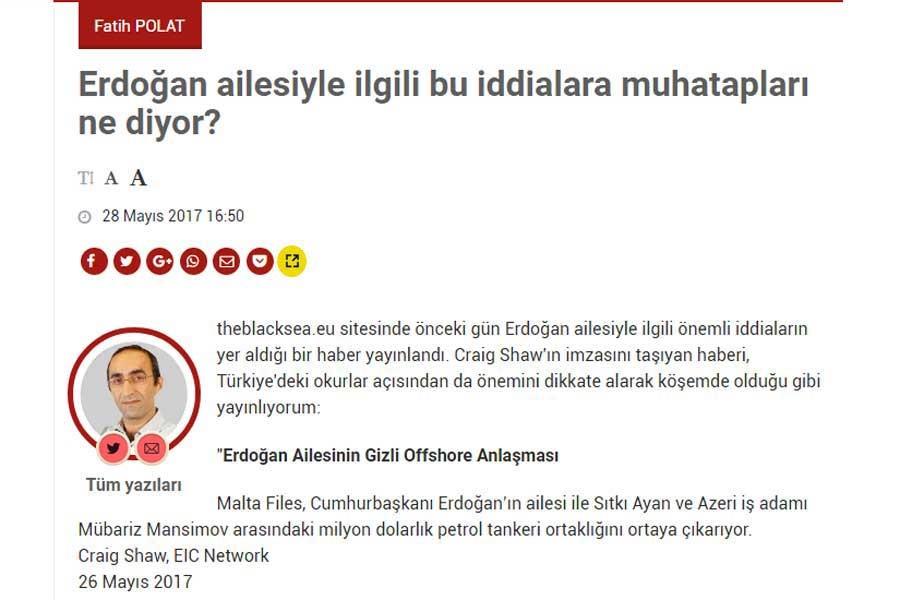 Evrensel Newspaper Editor-in-Chief Fatih Polat is under investigation by public prosecutor over allegations he "insulted the President" by republishing an article by The Black Sea on the business dealings of Turkish President Tayyip Erdogan's family.

Polat is under fire for asking the question: “What does the Erdoğan family say about these allegations?”

On 28 May, Fatih Polat published a column on Evrensel, titled “What does the Erdoğan family say about these allegations?”. It included the full text of the #MaltaFiles investigation published two days earlier that revealed how two rich Turkish businessmen close to the President paid 25 million USD for an oil tanker secretly owned by the family's offshore company.

Evrensel was ordered by an İstanbul court to remove the column, and they soon filed an appeal against the decision. Two days ago, our lawyers' motion had been rejected by the Turkish court of appeals.

The legal justification for this was a single line:

“The appeal is to be rejected.”

Evrensel pledged to fight the issue in the Constitutional Court. But now Polat also faces a lengthy criminal process, which could take years to resolve. (EVRENSEL DAILY)