While the U.S. outspends all NATO allies when it comes to overall defence spending in relation to her GDP, she also is the prime direct financer of NATO.

However, direct contributions are more evenly split between the major NATO powers. Germany, for example, spends only 1.19 percent of her GDP into defence (USA = 3.61 percent) but seemingly pulls its weight when it comes to direct funding of NATO. This does not include contributions to particular military operations. 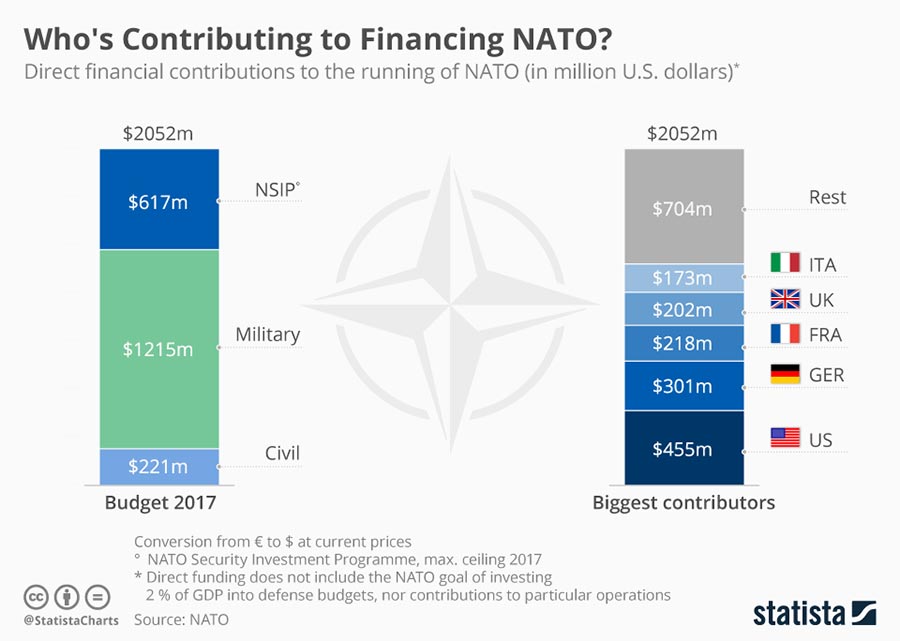 Brazil: Profit above life during the Covid-19 crisis