Attacking press freedom is easy. Stifling it is the hard part.

While free media is under attack in many places, in others it survives extreme adversity, like a dandelion rising through the pavement. 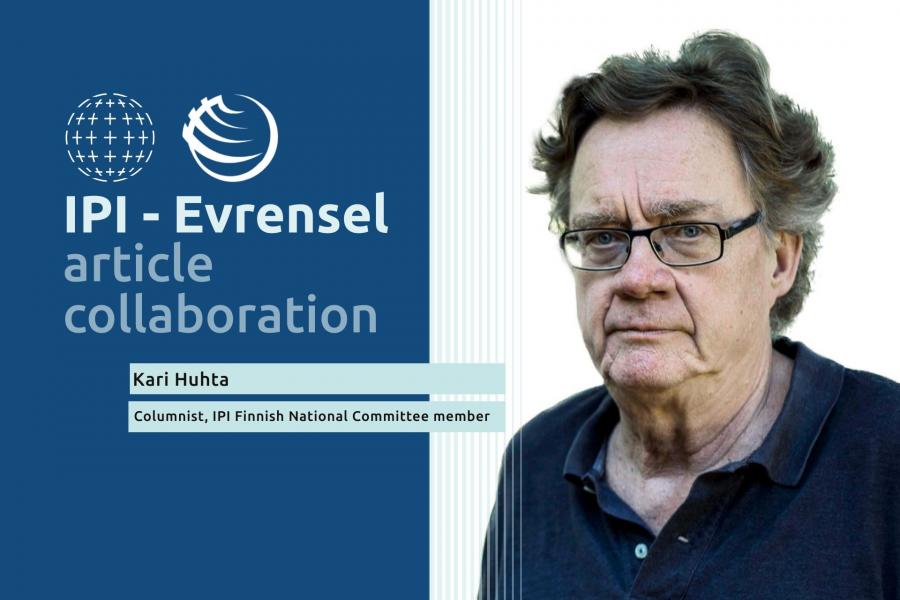 In time we can look back at what happened in the world during the first months of the year 2020.

Well, China’s march to global greatness stumbled on the tiny corona virus. And then it became a global issue. Britain trashed decades of European integration by quitting the European Union. In the United States, Senate Republicans ruled that the president may do whatever he chooses in order to advance his own re-election.

That has happened, and much more.

The previous decade was dramatic. The new one may not be different.

Making predictions is as hard as ever, but one thing can be said with some certainty: the struggle over information will continue. That struggle is going on in China, as it has been in Britain and in the U.S. It also goes on in my own country, Finland.

Interestingly, while freedom of speech and the media are under attack, the demand for critical and accurate information is increasing. Audiences for media that remain true to their journalistic standards have grown. It is my impression that many politicians are more prone than before to praise journalism as a prerequisite for democracy, rather than complain about it.

But the struggle is far from over, and there is no return to past certainties. How will this end?

In countries where freedoms are severely challenged, the view is dim, but hope can be found where least expected.

The examples here are Ethiopia, Turkey and El Salvador, all of which I have visited in little more than a year.

Ethiopia is Africa’s second-largest country by population, and one of its poorest. Last year, Ethiopia’s standing in the Press Freedom Index rose 40 places.

Are there now free and critical media in Ethiopia? The short answer by both Ethiopian and foreign experts is no, at least not yet.

In social media the new political space has been filled with incitements to confrontation. News media act as partisan advocates.

As the elections approach, the risks grow in a country of nine administrative states and over 80 ethnolinguistic groups.

Freedom of the press as a part of democracy is a challenge, particularly where there is no history of it, but in Ethiopia there is hope and there is knowhow. The EU should have a role, and time is short.

In Turkey things have moved in the opposite direction. Dismantling media freedom is easier than creating it.

Turkey, unlike Ethiopia, had free media. Quality press developed over the years, often from partisan backgrounds.

Turkey’s advantages over Ethiopia are a reserve of experienced journalists and a more advanced economy. Critical journalism in Turkey has moved mostly to news sites on the web. Many operate on shoestring budgets. The situation is bad, but not hopeless.

Adversity encountered elsewhere pales in comparison with El Salvador, a small Central American country with a horrible history of violence.

Most countries use GNP growth to measure development. The yardstick in El Salvador is different.

Few would expect to find any room for press freedom in a country where first political violence and then gang violence cost several lives every day. But here free speech proves its mettle.

An unassuming house in a middleclass neighbourhood of San Salvador is the newsroom and office of the news site El Faro, The Lighthouse. It’s a good name.

El Faro produces good critical journalism in El Salvador and elsewhere in Central America. This is where the dandelion pushes its way through the pavement.

An earlier version of this column was published in the Finnish newspaper Helsingin Sanomat.

* Kari Huhta - Columnist and IPI Finnish National Committee member, and a former Senior Editor at the Helsingin Sanomat. The writer is a Finnish journalist specialized in security policy.

Freedom on paper, not in reality!

Without political will, any press freedom ‘reform’ will be merely window-dressing