Those who until the evening of 8 January had lauded Erdoğan’s proclivity to accentuate the military in every issue as “military diplomatic genius” proclaimed Erdoğan to be a “genius of peace diplomacy” following his call for ceasefire and mediation. 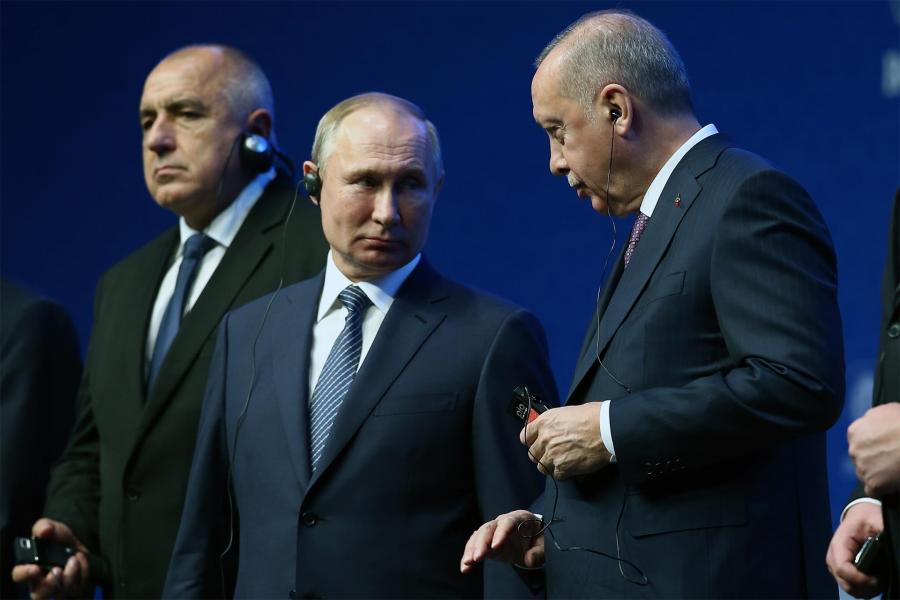 The spokespersons for the AKP-MHP alliance and the crony media have but a single criterion for the “truth” – it is whatever Erdoğan says!

If Erdoğan has said something, they wholeheartedly accept what he has said as being the “sole truth” and martial all their talents to gain universal acceptance for that “sole truth.”

Our readers will now say, “There’s nothing to be surprised at here. Isn’t it normal for single-man rule at the same time to come down to the truth being what comes from the mouth of the “single man?” The course of events strongly vindicates our readers in framing their reply within such a question.

We saw the latest example of this at the talks held with Putin on 8 January.

Erdoğan and the chorus of “yes” men standing full square behind him have for years delivered a lecture in politics to those urging for a ceasefire in the conflicts waged with Kurdish forces that goes, “There can be no ceasefire with terrorists. Ceasefires are between two legitimate armies!” Erdoğan and his chorus, who of late have intensified their “political lectures” in response to rebukes surrounding the sending of troops to Libya that, “Turkey should be a mediator not a party in Libya,” by saying, “There can be no mediation between coupist forces (referring to the Haftar forces) and the legitimate government. Mediation is between two legitimate forces,” made a one-hundred-and-eighty degree turn on 8 January following the Putin-Erdoğan meeting. It did not stop at calls for a ceasefire between the Tobruk forces they call terrorists and the Tripoli Government they call the “legitimate government,” but they announced the readiness of “Turkey and Russia to engage in mediation between the two governments.”

The same agility was also displayed by the crony media’s “academic,” “strategical” and “commentariat” crew.

Those who until the evening of 8 January had lauded Erdoğan’s proclivity to accentuate the military in every issue as “military diplomatic genius” proclaimed Erdoğan to be a “genius of peace diplomacy” following his call for “ceasefire” and “mediation.” And they started to tout this massive “U-turn” which came across as “inconsistency” to right-thinking mortals as being “success in transitioning from one stance to the exact opposite” and “success in diplomatic manoeuvring.” Those lauding Erdoğan for his transition to “peace diplomacy” appeared to have forgotten that they have accused the doctors, academics, human rights advocates and political opponents who for years have spoken of “peace” in this country of “supporting terrorism!”

The evening of 8 January saw the defenders of the “single-man administration” embarking on efforts for mediation in Libya. And, of course, they are staging this against a set that portrays Erdoğan as heading such endeavours and all endeavours as being waged around Erdoğan under his command and control. Presented as being parts of this set are Erdoğan having spoken to Merkel and Putin, a delegation having gone to Russia (Çavuşoğlu and Akar went yesterday) and Italian Prime-Minister Giuseppe Conte bringing a message from Haftar (Conte came yesterday).

WHAT TRANSPIRED ON THE EVENING OF 8 JANUARY?

However, what happened on the evening of 8 January was Turkey assuming an orientation subsidiary to Putin’s and thus Russia’s Libya policy.

Just as, following dozens of manoeuvres in Syria, it has contorted itself into a position in which it may not stir without getting permission from Putin (and Trump), it now finds itself unable to take a step in Libya without getting Putin’s permission, either.

Historians will thus write about 8 January 2020 as being “the date on which Turkey’s Libya policy became indexed to Russia’s Libya policy.”

So, will this lead to the abandonment of Turkey’s “neo-Ottoman” aims, endeavours to create a Muslim Brotherhood (Ikhwani) administration in Libya, goals of sending troops to Libya and inclusion in the “Libyan cake” or target of using it as a base to leap into Africa or the Exclusive Economic Zone etc.?

Not a chance! But they will try to do these things under terms to which Russia accedes and by harmonizing them with Russia’s endeavours in Libya and Africa!

Putin (and Trump) have seen the Erdoğan administration’s weak side and will continue to use it!

THERE IS NOTHING PERMANENT ABOUT CEASEFIRES!

The call for not one but two “ceasefires” emerged from the Erdoğan-Putin talks held on 8 January. One of these was issued for Libya, while the other was for Idlib.

The clashing parties in both regions have also conceded to the “ceasefire.”

However, taking account of the contradictions in the region, even if a ceasefire has been made the ceasefire will only be a temporary state of affairs for as long as the reasons underlying the clashes that verged on civil war remain in place. If the reasons that caused the conflict are not eliminated, the inevitable end of the ceasefire will not be long in the coming.

Indeed, following the ceasefires that have until now been made in both Idlib and Libya, conflict has reignited.

Hence, it is abundantly clear that, be it in Libya or be it in Syria, ceasefires that are not pro-peace and do unite in struggle against the imperialists and reactionaries who wish to exploit the civil wars in these countries for their own domestic and foreign political aims will be short lived.

And this assumes even greater importance above all in countries like Syria and Libya where a good number of regional forces and imperialist forces have intervened.