Former Chair of the Union of Judges and Prosecutors (YARSAV), Murat Aydın, has assessed the 'Judicial Reform' package and stated that packages will have no meaning for as long as there is no change in the rulership’s viewpoint towards the judiciary. 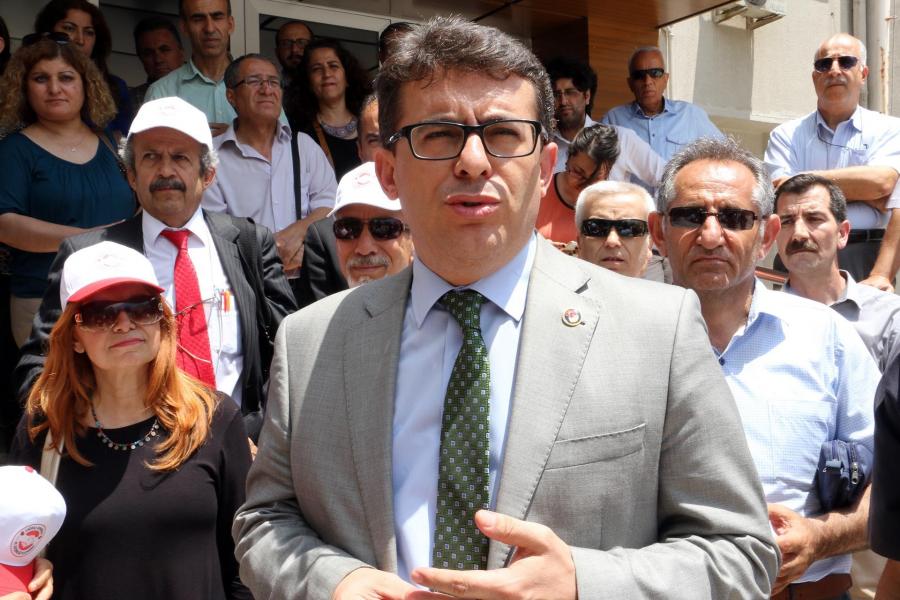 Debate continues following the enacting of the 39-article first judicial package. Former Chair of the Union of Judges and Prosecutors (YARSAV), retired judge Murat Aydın, said, “The political rulership uses the judiciary as an instrument for bringing about its own political project. So, for as long as this viewpoint does not change, let them bring as many packages as they like, it will have no meaning.”

I spoke to Former Chair of the Union of Judges and Prosecutors (YARSAV), retired judge Murat Aydın, about the issue. Saying Turkey was in need of a reform package, Aydın said, “There is no need for some kind of high-level legal knowledge for this. But the basic problem here is the political rulership’s view of the judiciary. Since they are unable to give a correct answer to the question of what purpose the judiciary serves, this judicial reform will not be meaningful. The political rulership uses the judiciary as an instrument for bringing about its own political project. So, for as long as this viewpoint does not change, let them bring as many packages as they like, it will have no meaning.”

Pointing to the provision in the bill, “Expressing thoughts that do not exceed the bounds of reporting and criticism purposes will not constitute a crime,” Aydın noted, “This provision takes this form anyway. If the thought you express does not praise or encourage violence, contain racist, discriminatory discourse or amount to an attack on personal rights, the thought you have expressed cannot be a crime. There is thus no point in saying if the thought you express is for the purpose of criticizing or reporting it is not a crime.” Aydın said, “Journalists in this country are asked, ‘Why did you make this into headline news?’ What will now change, which viewpoint will change? It is thus something for show.”

“PROBLEMS WILL NOT BE SOLVED SIMPLY THROUGH AN EXAM”

Also mentioning the legal profession entry exam, Aydın said, “We cannot solve the crisis in the lawyering profession simply through an exam. We must think of legal education and work placement, all together. The deans of quite a few law faculties are not jurists. It could be said they are not going to do jurisprudence, they are going to do administration. If so, how are they to determine those faculties’ notions of the law, their approaches and their academic staff and their attitudes and conduct, which they cannot? This exposes the quality of our legal education.”

Saying he was positively inclined towards the article whereby there is an expansion of the limits for filing publicly prosecuted cases with regard to children who commit crimes and if the maximum penalty for a crime children aged less than fifteen are accused of committing is less than five years the prosecution may defer the trail and not bring proceedings, Aydın stated that the style of the initial prosecution conducted in parallel with this would amount to a kind of punishment bargaining at the prosecution and such provisions could be provisions that are both risky and capable of abuse.

“EVEN SAYING SOMETHING IS A CRIME IN THIS COUNTRY”

Saying there was no limit to the packages that had come out ever since he started law faculty, Aydın said, “I think it is futile for me as a jurist to make a legal analysis of these packages. This does not lend itself to legal analysis; this is a package that merits political analysis. Thought having the nature of criticism is seemingly not a crime, which means it was previously a crime and is now not a crime. I mean, are we to put out the flags at the reiteration of what in any case was our existing right? But we know this will not change. Post something on social media and see.”

Aydın commented, “Now you utter a sentence. You say ‘war’ and they say, ‘Don’t say “war” say “operation”.’ Are we obliged to speak in the terminology you utter? You spoke of the ‘venerable scholar’ when he was in vogue and you spoke of the ‘service movement’ when it was in vogue; now you say something else. Are we to change, too, on account of you having changed your mind and having changed your jargon?  Are we obliged to speak with your words? Are we to now ask you what we are to post about what? Even saying something is now a crime in this country. This package has no worth beyond being a political manoeuvre in the European Union process and a proposal set out to gain time. We will see. This law will come out and we will once more see the articulation of speech and thoughts for the purpose of reporting, for the purpose of criticizing being prosecuted behind court doors.”

EXECUTION PROVISION IN THE NEW PACKAGE

The second judicial package to be submitted to parliament following the enactment of the first judicial package envisages a reduction to half of the current execution period of two-thirds of the sentence and provision for release on parole at the rate of one-fifth of the remaining sentence.

Following the enactment of the first 39-article judicial package compiled as part of the Ministry of Justice’s Judicial Reform Strategy Document, preparations have started for the second package. According to a report by Nergis Demirkaya from Duvar, the second package that it is proposed to enact prior to the budget sittings will contain purely execution provisions. The MHP’s proposal envisaging a five-year conditional reduced sentence will be in the package in a form that will contain more exceptions. Matters such as financial provision and enforced child custody will come to parliament later as a separate package. The AKP is envisaging a reduction to half of the current execution period of two-thirds of the sentence and provision for release on parole at the rate of one-fifth of the remaining sentence. Accordingly, a person sentenced to ten years in jail will spend four years in jail. Certain age-related gradations will be made to sentences and house detention will be an option for women and the elderly. Also under the provision made those sentenced to prison will without fail go to jail. According to the proposal, even people who are sentenced to one month will spend twelve days in jail.

From what has emerged, the enacting of the proposal will see the release of at least 38,000 people at the first stage.