Assessing the ongoing resignations in the AKP, Associate Professor Dr. Ömer Turan said, “The AKP does not as a party possess staff in its ranks who will further the continuation of the system." 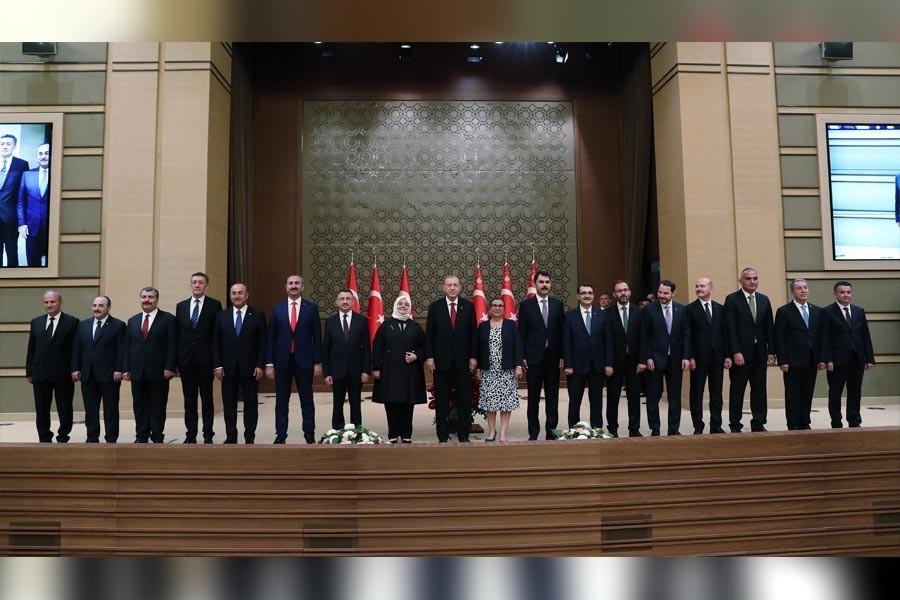 There is never-ending debate in the AKP about resignations and expulsions. The AKP will embark on the congress season in October overshadowed by this debate in the party, which has now put eighteen years behind it. I spoke to Associate Professor Dr. Ömer Turan about developments in the AKP, which is to hold its first congress following the change to the system, and about Erdoğan’s position. Stressing that the current power holders lack a formula for reversing the regression in the AKP, Turan concluded, “What they will do by way of solution will amount to strengthening the Palace bureaucracy. This will clearly not be a solution. The AKP is no longer capable of meeting society’s demand for either economic stability or predictability. They are losing their capacity to maintain their systems that have even surpassed authoritarianism. The AKP does not as a party possess staff in its ranks who will further the continuation of the system. Congress does not appear likely to change this course of affairs, either.” Turan replied to my questions.

Debate about the system has been conducted following the 31 March and 23 June repeat Istanbul elections. Erdoğan has instructed his party, “Debate about the system should not be embarked on.” He has not acquiesced to the opposition’s criticism in this regard, either. How would you care to comment in this context?

There has existed no separation of powers compliant with democratic criteria in Turkey ever since the transition to the system named the presidential system of government. That is, the transition to the presidential system amounts to a regression in democratic terms. But this is not the full extent of the situation. What is more perilous is that the system in Turkey does not even display the characteristics of an authoritarian regime. Authoritarian regimes display a whole host of characteristics in the relevant literature. One of these is predictability. But the current power holders ceased to be predictable with the annulment of the Istanbul elections. The annulment of the election was a move of the kind that even had certain scribblers in the pool media saying, “This thing being done is wrong.” In the end, the decision to rerun the election did not yield the benefit the power holders had expected for themselves, either. The appointing of trustees in Diyarbakır, Van and Mardin needs to be subsumed under the same appearance of unpredictability. And the power holders, by spreading gossip of a trustee for Istanbul, are still chasing after advantage in this new political balance. They want to foster the image that they are still strong enough to be able to make scarcely predictable moves. But this is not sustainable. From their own point of view, in my opinion, the basic problem is certain individuals in the AKP ranks starting to voice the question, “Does our leader have a game plan?” because the current picture points to the lack of a consistent reply to the question of whether the power holders will act in favour of the continuation of harshness or normalization.

“THEY CANNOT FULLY KNOW WHAT IS GOING THROUGH ERDOĞAN’S MIND”

The style of government that has been in force since 15 July can be called a state of emergency-type government. State of emergency-type governments have three characteristics. First, having a strong leader in its focus. The leader has such strength that the party is even left standing. Put differently, the system even pushes out strong people in the party and wants no balancing elements that might come into play within the party. The leader and state are perceived as being equal. The survival of the state is connected to the survival of the leader. Second, the system is based on rule under decrees with the force of law. Parliament and representation are more or less entirely voided of importance. As to the third, the system tries to manufacture legitimacy for itself by keeping a situation of permanent state of emergency, a situation resembling war, on the agenda. This government is creating a party-state fusion in today’s Turkey. This is not actually something we are unaware of; there are aspects that partially resemble the party-state fusion of the 1930’s. The party also emerged damaged from this fusion in that period. Basically, on examination, it can even be said that İnönü wanted fusion to prevent Recep Peker’s fascistic plans from holding sway over the party’s course, that is, the party was appended to the state mechanism in a planned manner. The situation now, by contrast, is a bit more complex. But it all boils down to the AKP losing strength.

Continuation in this manner is impossible because staff are needed both to engage in politics and govern the country. If there are strong and effective people, those staff can perform tasks and create game plans. From among the figures who had been put out to pasture in the AKP, Bülent Arınç has now been rehabilitated by giving him membership of the Presidential Supreme Advisory Council. When Arınç underwent a difference of opinion with Erdoğan while he was a minister in 2013, he said, “I have a specific gravity and should not be discounted.” Now the same thing is happening. When Arınç objects to the appointing of a trustee in Ahmet Türk’s place, the official spokesperson comes out in opposition to him. And Arınç replies in full voice. He tells the party spokesperson, “Don’t bite off more than you can chew. You’ll get egg on your face.”

With the AKP losing the election for a second time in Istanbul, statements about taking certain symbolic steps in the direction of normalization came from party spokespersons. There was talk of the commissions to be created. Certain commentators spoke of the possibility of the party presidency changing. However, all these things now appear to have been shelved. In my view, one of the major factors behind the AKP’s loss of strength is that not even those representing the party’s top echelon can fully know what is going through Erdoğan’s mind. The party’s will is not comprehensible or predictable apart from what the leader says and apart from the Palace bureaucracy. This amounts to a palpable regression as far as the AKP is concerned.

“THE AKP IS UNABLE TO MEET THE DEMANDS OF SOCIETY”

Were you to assess the congress proceedings from President and AKP General Chair Erdoğan’s viewpoint with an eye on both foreign and domestic policy and the debate and resignations taking place in the party, how do you think Erdoğan will emerge from these congress proceedings?

There are two major pointers to the AKP’s regression: The Party fielded the highest profile candidate it could by nominating Binali Yıldırım as candidate in Istanbul, and Yıldırım lost twice to İmamoğlu, whose name was unknown to most people prior to the election. A feature of the new system is a cabinet consisting of powerless ministers. Unelected people are in ministerial chairs. Some of them have no, or very little, connection with the party organization. Remember minister Pakdemirli’s pronouncements at the time of the forest fires in Izmir. He is not a figure who is strong and has the capacity to persuade public opinion. The word on the grapevine concerning the process ahead of us speaks of two things:  First, that the party presidency will continue. Erdoğan must think that revising the current situation in this regard will be a retrograde step. Hence, he will continue in this form. Second, it is envisaged that the number of deputy presidents will increase. And this tells us that the current power holders lack a formula to reverse the regression in the AKP. What they will do by way of solution will amount to strengthening the Palace bureaucracy. This will clearly not be a solution. Precisely for this reason, certain commentators are now speaking of the post- Erdoğan period. The AKP has for some time appeared unable to meet the demands of Turkish society. The AKP is no longer capable of meeting society’s demand for either economic stability or predictability. But, along with this, they are now losing their capacity to maintain the systems that they have established and have even surpassed authoritarianism. The AKP does not as a party possess staff in its ranks who will further the continuation of the system. Congress does not appear likely to change this course of affairs, either.

WHO IS ÖMER TURAN?