The Supreme Election Council dismissed the objection made against its decision that the Labour Party may not contest the local elections. 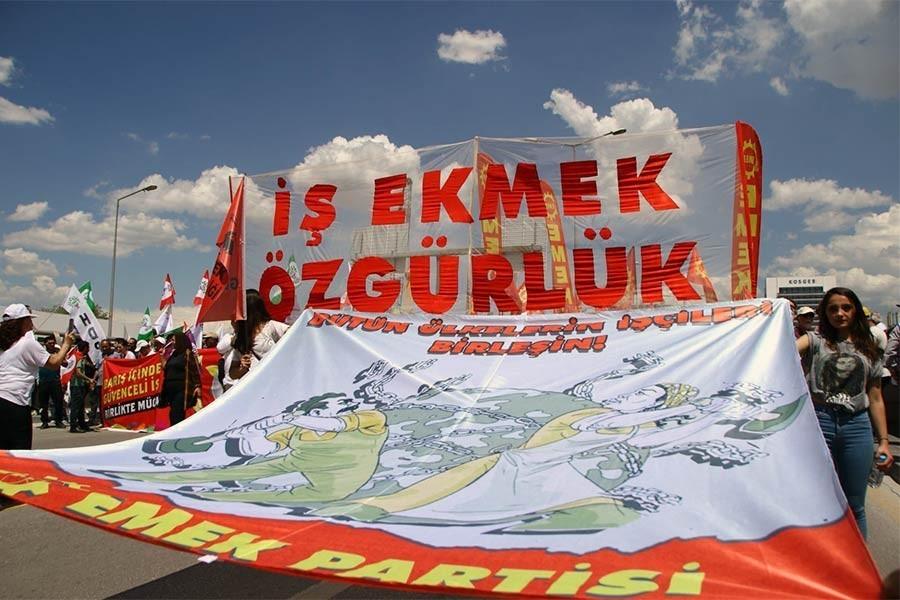 The Supreme Election Council (SEC) has dismissed the objection made against its decision barring the Labour Party (EMEP) from contesting the local elections. A written statement in relation to this was made on behalf of the Labour Party voicing dissatisfaction with the decision, stating that the struggle will continue. The statement titled “The SEC’s decision is antidemocratic and unlawful” comments as follows on the decision-making process:

Stating that, despite organizations that had been appointed or had held their congress forwarding their own lists, local civil service administrators had not sent these to the Court of Cassation Republic Chief Prosecution and the Chief Prosecution had used this to justify pronouncing an organization to be absent in these places, the Labour Party commented, “A strange implementation that the Chief Prosecution has initiated of late is that if the addresses in Centralized Civil Registry System records of our members on administrations to which they have been appointed are not in the province or sub-province to which they have been appointed, these members of ours are not deemed to be administrators and members. In fact, administrators will be appointed by a more senior organ, go to their appointed place, start work, register members and move their addresses to the new place. The moving of addresses and the inability to be a party administrator somewhere where an address is lacking is not a circumstance for which the law makes provision.”

“THE DECISION RESULTS FROM AN ARBITRARY INTERPRETATION”

Stating that the Court of Cassation has declared the non-existence of party organizations in 41 provinces and the sub-provinces attached to them, the Labour Party, indicating that it is being prevented from contesting the elections resulting from an entirely incorrect and arbitrary interpretation of the law, stressed that even its Ankara Provincial Organization, which has been active for 23 years, has been deemed non-existent.

“RIGHT TO ENGAGE IN POLITICS RESTRICTED”

Also touching on the antidemocratic Political Parties Law, the statement reads, “Thanks to arbitrary interpretations, the judicial bureaucracy has excluded certain political parties, including our party, from the election and a restriction has been imposed on the right to engage in politics. In fact, there can exist no laws like the political parties law in regimes in which a functioning democracy has to some extent been installed. Political parties will set down in their own rule books how they are to be organized and function. It is not the Chief Prosecution that will monitor parties, but parties’ own monitoring organs. They will decide themselves when to hold a congress. If issues arise over the implementation of rule books, the issue will be resolved in discipline committees and, if unresolved, at the civil courts of first instance. What the SEC has prevented on unlawful grounds is not just our party contesting the local elections. The rights of the voters who would vote for our party are also thereby violated. Moreover, the SEC and Court of Cassation Republic Chief Prosecution do not apply the rules they apply to our party to the governing party, for example.”

“SOONER OR LATER DEMOCRACY WILL TRIUMPH”