With the minimum wage rise set at 26%, the bosses at İZBAN, where the strike continues, have revised their offer. 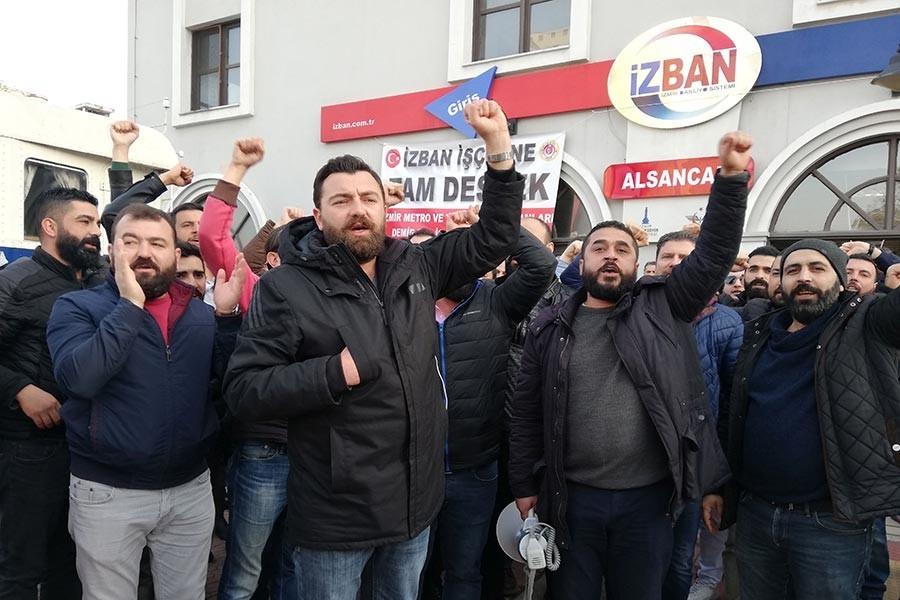 There has been a fresh development in the İzmir Suburban Rail System (İZBAN) strike now entering its seventeenth day. İZBAN A.Ş., a joint company of Turkish State Railways and İzmir Metropolitan Municipality, has made a new offer.

In the wake of the 26% hike in the minimum wage, İZBAN made a corresponding 26% increase in its offer at a meeting attended by company functionaries and union and workplace representatives. With detailed information about the offer not yet obtainable, it would appear that the rate of the increase does not apply to all workers.

Summing up the size of the raise, the workers said, “There is nothing acceptable about the offer. We don’t just look at this in terms of the percentage increase. The strike won’t end until our 112-day bonus and the driving and shift allowances we are demanding are accepted.”

WHAT DO İZBAN WORKERS WANT?

The Railworkers’ Union is demanding a 34% raise along with all fringe entitlements. Forming part of the raise demanded by the union is a gradual increase in the bonus from 85 days to 112 days, driving and shift allowances that will find inclusion in the agreement for the first time and an increase in other benefits. (İzmir/EVRENSEL)

Strike at Süperpak ends in workers’ victory after 186 days