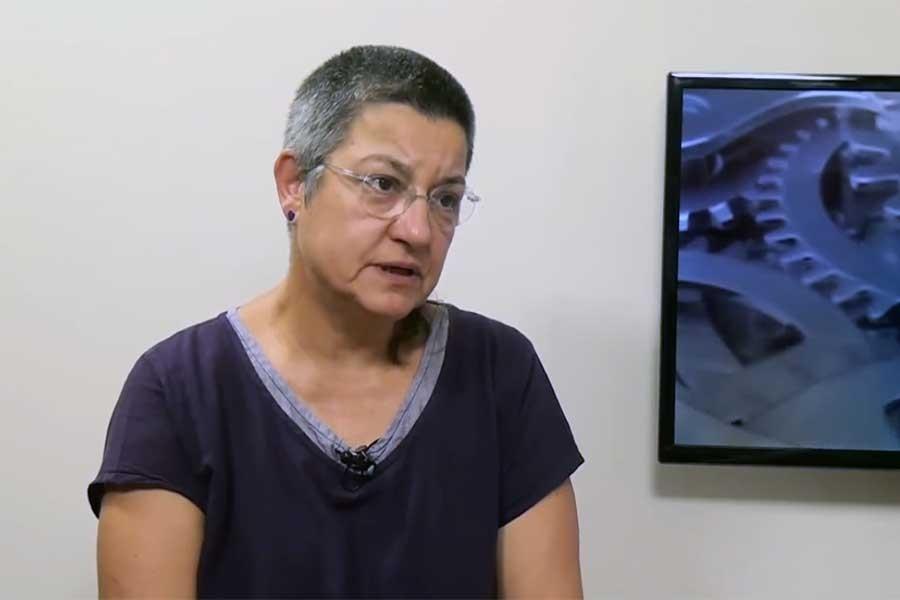 Evrensel columnist, academic & chair of Human Rights Foundation of Turkey, Prof. Dr Şebnem Korur Fincancı gets 30-month prison. Fresh documents have been appended at the decision stage to the file of Evrensel columnist Prof. Dr Şebnem Korur Fincancı, who is being tried on “terrorist organization propaganda” charges for having signed the “We will not be party to this crime” declaration. Attorney Meriç Eyüboğlu said the freshly appended documents contained material errors and could not be classified as evidence of a crime.

At our paper’s columnist Prof. Dr Şebnem Korur Fincancı’s third hearing on 13 December, Istanbul Serious Crime Court No 37 Presiding Judge Akın Gürlek said he had included fresh evidence in the file. The following entry was made in the hearing minutes about the evidence the court included in the file: “The inclusion as evidence in the file was observed in the course of the examination made by the court of copies of the interview with the accused she gave the newspaper named Özgür Gündem on 12 December 2018, the interview she gave Evrensel newspaper on 21 December 2015 and the preliminary investigation report following the visit made by the accused on 3 March 2016 to Cizre in the capacity of Human Rights Foundation of Turkey Chair.” Fincancı’s attorney Meriç Eyüboğlu applied to the court for time to examine the evidence. The court, granting the application, adjourned the hearing until 19 December. Attorney Eyüboğlu spoke to our paper about the evidence that made its way into the file.

“THERE IS MATERIAL ERROR IN THE EVIDENCE”

Recalling that fresh evidence had also been appended to the file at the 11 December hearing of Prof. Dr Gençay Gürsoy, his client who is being tried at the same court, Eyüboğlu said, “Suspecting that the same procedure would also take place with Professor Şebnem, I checked the file in the court office close to the end of the working day on 12 December, but there were absolutely no newly arrived documents. I checked this on the National Judiciary Informatics System the next day up until the time of the hearing, but we saw that there were no new documents there, either. The court said in the course of the hearing that three new items of evidence had been appended to the file.” Eyüboğlu pointed out that there were material errors in the evidence the court appended to the file: “There is a material error in the evidence minuted as being Özgür Gündem’s interview dated 12 December 2018. The report in question appeared in 2016 in the newspaper named Diyarbakır Özgür Haber. There is no direct comment by my client in the report covering the Şırnak visit of a delegation in which my client was included.”

“NOT MERELY UNLAWFUL, BUT AT THE SAME TIME IRRATIONAL”

Further criticizing the appending of the Human Rights Foundation of Turkey’s Cizre report to the file as evidence, Eyüboğlu spoke of a wish for the scholarly report to be penalized: “We have frequently stated in our defences speaking of the historical truth will not amount to a crime. The Cizre report into the rights violations in the cellars is important in terms of shedding light on history. This report cannot constitute evidence of crime but, if anything, defence evidence.”

With regard to the use of the “fresh documents” having entered the file as grounds for increasing the penalties of the signatory academics, Eyüboğlu opined that this was “not merely unlawful, but at the same time irrational.” Stating that the appending of evidence to the file at the decision stage did not comply with any rule of law, Eyüboğlu said, “If these documents had entered the file at the initial stage, they would not have been evidence of crime, either, because the academics are being prosecuted for having signed the Peace Declaration. Activities conducted in relation to the fight for rights apart from the undersigned text are irrelevant to the trial. It is unlawful for these documents to be included in the file at the last minute. Academics and society are being sent a message with these punishments.” Indicating that there was nothing left to be said regarding the law, justice and the judiciary, attorney Meriç Eyüpoğlu commented, “My clients being Turkish Medical Association Chair or Human Rights Foundation of Turkey Chair is adduced as justification for the penalties that have been/will be imposed. The courts are holding the people appearing before them accountable for actions committed by juristic persons. This shows that this trial is political, not legal.” (EVRENSEL DAILY)