The Labour Party (EMEP) called for the struggle to establish a new state order on the basis of a constitution, securing democratic rights and freedoms 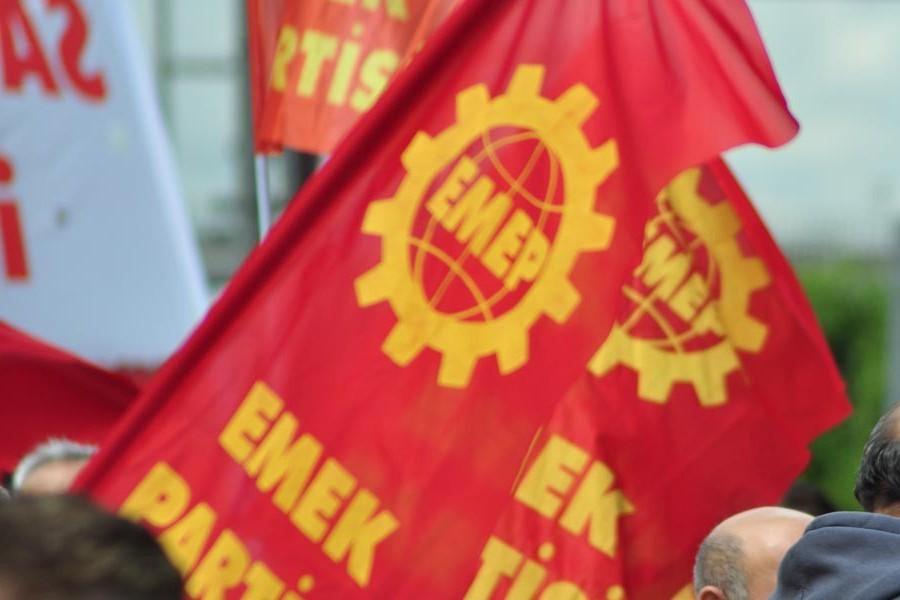 The Labour Party (EMEP) Executive Board (GYK) assessed the results of the June 24th elections. During the two-day meetings, the election process, the election day, and the events that followed were discussed in detail. EMEP published a statement after the discussion “Erdoğan and the Presidential Alliance evaluated the victory of the elections as an "advantage" in the new attacks against the masses of labourers.” Emphasizing that Soylu's declarations targeting the HDP and the CHP are "signs of violence and repression politics, polarizing, persisting pressure on the opposition", EMEP called for collaboration against the one-man regime and new attack attempts.

THE RESULTS DO NOT FULLY REFLECT THE FREEWILL OF THE VOTERS

It was underlined that during the election process and after the results were disclosed, the results of the evaluations of the residents could not be said to completely reflect the free will of the voters. It has been said in the statement that "In the 24th June elections under the OHAL conditions, Erdogan and the “Presidential Alliance parties”, while using the public power and possibilities in an unlimited and trouble-free way, prevented the political work of the opposition and led to the unfairness of the ruling coalition on the media, caused a legitimacy problem. In the election, the boxes and the census were not safe either. The announcement of results by Anadolu Agency before YSK; The announcement of an early "victory" by President Erdogan based on these results has added to the odds of the election.”

EMEP said that despite all the controversy and legitimacy discussions, the results of the elections showed that the workers' expectations of resolving the problems of the AKP and Erdogan were gradually falling. "The June 24th elections, according to the June 7th and November 1st, 2015 elections and the April 16th referendum, indicate that mass support of the parties of the Presidential Alliance has narrowed, rather than expanding. The AKP lost votes compared to previous elections. However, it is also clear that the labourers who voted for the AKP are not yet able to act independently of choice of capital rather than their class interests. Labourers who have moved away from the AKP voted for the MHP in the Presidential Alliance and used their preferences in this block. " EMEP, which also commented on the vote rates of The Millet Alliance, which consists of CHP, the IYI Party, the SAADET Party and the Democratic Party, said that The Millet Alliance, supported and promoted by another segment of the capital class, did not receive support it expected from the masses, even though it created an upsurge in the electoral segments.

KURDISH PEOPLE ARE DECISIVE IN DEFENSE OF THEIR DEMOCRATIC DEMANDS

Regarding the election results of the HDP, the EMEP made the following assessment: "The HDP, which entered the elections outside these two alliances, was entitled to be represented in the parliament as the third and largest party with both the votes of the Kurdish population and the support from the west. The support of our party, the democratic forces and some of the masses under the political influence of the CHP played a decisive role in the passage of the threshold. Despite the partial loss of votes in the provinces of the HDP, the result has shown that the Kurdish people will continue to defend democratic demands against all oppression, prohibition and attack. "

NEW ATTACKS ARE ON THE WAY

"Erdoğan and the Presidential Alliance considered the victory of the elections to be an advantage in the new attacks against the masses of the working people, EMEP underlined that the new attacks are at the door:“The current account deficit and budget deficit are increasing and TL depreciation continues. Prices of basic consumer goods, especially food, are increasing and inflation is rising rapidly in double digits. Growth rates are declining in the world economy, and the number of crises is increasing. Together with international monopolies and financial centres after the June 24th elections, the organizations of the monopoly bourgeoisie, such as TÜSİAD, explained the expectations of the ruling bloc around Erdoğan and the "reforms" in the form of "spreading taxes".This is a demand for the payment of the economic crisis to the workers and labourers, and it is a sign that working conditions and living conditions are getting worse in the coming period. It will not be a surprise that there will be new hikes in the austerity measures in the name of saving the economy and tax increases. it would not be wrong to say that Erdogan will use all the means against the possible workers' strikes as in the past, that the reactions will be suppressed. "

"The violence and repression policies, polarization, and the pressures on the opposition are the first signs that the pressures on the opposition will be sustained," said EMEP, who also criticized the Interior Minister Soylu for threatening HDP spokesman Pervin Buldan and preventing CHP members from participating in martyrdom funerals. In this regard, the Presidential Alliance will try to build a one-man administration, disregarding all democratic gains. "

In a statement that stated that it is possible to stop the movement that will be launched on behalf of the one man regime construction, EMEP made the following call to the workers and labourers: "Labor, peace and democracy forces will not give up this struggle. Our party has made propaganda of the choice of "people's democracy based on a true popular sovereignty" against the regime choices in the form of "one man regime" or "parliamentary" democracy, presented before the workers in election campaigns. The regime debate is not a closed debate after the election. Regardless of the name of the political regime, current governments continue to function as the political bodies of capital powers, using all means and methods. Our party continues to call for struggle, as expressed in the election platform, "the choice of a new state order based on the constitution, which is prepared by the constituent assembly of the representatives of the people elected by the people with the widest participation and presented to the people's consent and guarantees the absolute sovereignty and power of the people and democratic rights and freedoms". In this framework, we call on all workers and labourers unite; all forces to strive for peace and democracy against a single man regime and new attempts to attack."