Mumia Abu Jamal: The Black struggle will not end until repression is over

The former member of the Black Panthers and Evrensel’s contributor Mumia Abu-Jamal answered our questions from the prison. 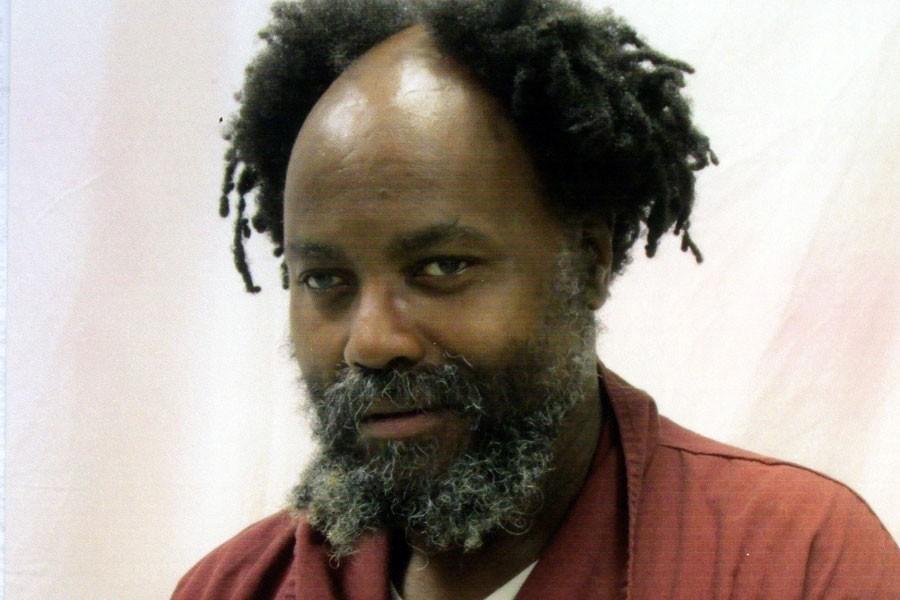 The former member of the Black Panthers and Evrensel’s contributor Mumia Abu-Jamal answered our questions from the State Correctional Institution – Mahanoy, Pennsylvania where he was held.

Mumia Abu-Jamal, who has been held in prison for more than 35 years, is a former member of Black Panthers, a supporter of the black liberation organization MOVE,  and a contributor to our newspaper. He answered our questions from the State Correctional Institution at Mahanoy, Pennsylvania.

We were able to contact Abu-Jamal by mail with the help of Californian Prison Radio. He pointed out that the black struggle will not end until repression is over, while also arguing “Repression breeds Resistance! And if the repression ain't over, how can the resistance be so? Young brothers and sisters ensure that the Movements of tomorrow will carry on.”

Black people together with their allies in the US have been struggling against white racism for a long time. However, institutionalized racism as a form stands against Black people and other peoples of the US. What does institutional racism look like today? Could you tell us a little bit about it? What are the current examples?

Anyone who honestly examines US history knows that the State, as a central organizing principle in any society, has crafted and exampled actions which have helped to oppress and endanger Black life, especially after the Fall of Reconstruction, by betraying Black folks at the end of the Civil War, and leaving them to the "tender mercies" of Neo-Confederate governments, and their allies in white terrorist militias. Today Black Americans face the shadow of that era in the impunity of state police forces who pose lethal threats to Black men, women and children, the unbridled criminalization of Black life which has resulted in unprecedented mass incarceration, and the failure of state (public) schools which fail miserably in educating Black children. Denial of a full and fair education denies Black children a real dance with upward social mobility. These institutions ensure Black lives are truncated, short and brutish!

From the outside, the struggle of the Afro-Americans is seen as a struggle against slavery, then colour-based separation. In certain Black power circles, there are groups who advocate regional autonomy within the US borders. Is it possible for the Afro-Americans to have a national form that could bring this demand to the agenda? Or is it a marginal demand?

Black thinkers/elites have oscillated between notions of independence as a separate state and/or part of the US, depending on how Blacks were/are treated by the State. Two prominent groups of the 20th Century advanced Black Nationalism (or the creation of a Black Nation) as a solution to Black oppression: the Nation of Islam and the Republic of New Afrika. Huey Newton, co-founder of the Black Panther Party believed the existence of a Black State in the midst of the US would pose a genocidal threat to Black Life. That's why he and the Party advocated a National Plebiscite (Vote) to determine the Will of Black people on that question.

What are the components of the African American mass movement, like Black Lives Matter and other radical groups? How can we describe the political relations between them?

I think Black Movements arise when necessity demands them, not because of people like Rev. Dr King, Malcolm X, Huey Newton, etc. lie deep within Black consciousness, and when a crisis arises, Black people seize the stage/movement/moment. Young people, many dissatisfied with traditional Black (i.e., civil rights) leaders, led their own movements by taking to the streets to condemn state (police) terrorism against Black youth and ignited resistance such as was seen in Ferguson, Baltimore and beyond. Their movement gave rise to the slogan, "Black Lives Matter.”

In the 20th Century, the Black struggle against white supremacy in the United States pulled a lot of international attention. Today Afro-American struggle is galvanizing around the fight against police brutality. Although Black struggle in general still gets its inspiration from its radical symbols and past, there are also Afro-American professionals in Washington DC, who are mostly members of the Democratic Party. Does it show that the Black Question is solved?

Is the US Black Struggle over? Hardly. Repression breeds Resistance! And if the repression ain't over, how can the resistance be so? Young brothers and sisters ensure that the Movements of tomorrow will carry on.

TRUMP’S SAYING “GOOD PEOPLE” TO RACISTS IS A TURNING POINT

After the election of Trump, different social movements are galvanizing in many parts of the United States. What should be the political orientation and agenda of the Afro-American Movement today?

For many Black activists, Trumpism equals White Nationalism. This was seen in the events of Spring of 2017 Charlottesville when neo-Nazis marched through an American city, _and the President defended them as "good people"! I believe this is a turning point in American history.

Former UN ambassador, Andrew Young once opined that there were " thousands" of political prisoners in the US. He was promptly fired shortly thereafter. We continue to languish in US gulags because we lost. Simple as that. We are perceived as 'dangerous radicals' instead of principled movement people who fought for legitimate ideals and goals. The Empire never forgives.

Finally, is there anything you consider important and you would like to add?