We can thwart the AKP-MHP alliance calculations and reveal the carelessness of the 'National Alliance'. 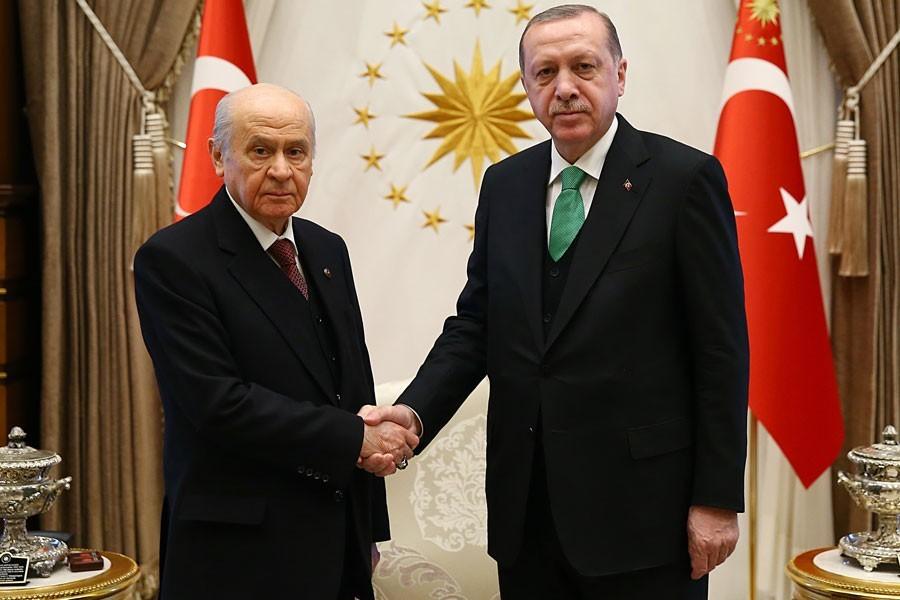 Presidential candidate of the People’s Democratic Party(HDP), Selahattin Demirtaş's attorneys' application for release was rejected by the court. The court rejected the application stating that "at this stage, the conditions of the legal control would be insufficient". In this way,  the court has ignored the vital condition for a fair election, i.e. all candidates "being able to attend the presidential campaign freely". In the campaign all the other five candidates are free to attend, Demirtaş can only take part in chains.

THE LEGITIMACY OF THE ELECTION IS DISPUTABLE ALREADY

This decision has also raised questions about the legality of the elections on 24 June, which is already a subject of concern.

The decision on the continued imprisonment of Demirtaş cannot be circumvented with the excuse of “this is a court decision, we cannot intervene it”. This is not a judicial or legal problem, but a completely political one.

Besides, since the elections of June 7, the Erdoğan-AKP rule has aimed to suppress HDP with the help of security forces, solicitors, private courts and parliamentary power. The aim is to push the HDP below the election threshold and for AKP MPs to appropriate HDP votes.  This aim is more visible with the alliance of AKP-MHP right now. This is why the decision on Demirtaş is tied to this political aim. Despite its being presented as a “court decision”, the public conscience views this as unfair, illegal and unjust, and calling into question the legitimacy of the elections.

These events reveal clearly, that the problem with the elections on 24 June is not just that a candidate is having to carry out an election campaign from prison. Even if we put the past aside, after the declaration of the state of emergency:

-Imprisonment of the HDP´s co-presidents and dropping some of their elected representatives from  parliament,

-Dismissal and imprisonment of nearly one hundred elected mayors and appointment of trustees in place of them,

-Suppressing of HDP activities by the police and solicitors, as well as constant harassment of the party buildings using arbitrary pressures

prove that AKP-MHP alliance not only aims to restrict Selahattin Demirtaş but also HDP to the elections in chains.

HDP WILL DETERMINE THE RESULT OF THE ELECTION

Everybody following political developments in Turkey will know that the critical issues in this election are whether or not the HDP can pass the electoral threshold. If HDP can pass the threshold, it will be hard for the AKP-MHP alliance to take the majority of the seats in the parliament. If HDP remains under the threshold, the AKP-MHP alliance may take the majority of seats even if their votes remain under thirty percent. For this reason, the alliance of Erdoğan-Bahçeli is built on a strategy of pushing the HDP under the threshold.

Furthermore, who the candidates are, what are the promises of the parties or whether there are effective speeches in the squares are all minor details in this strategy.  In fact, among his analyses of the candidate lists, an old “FETÖ” (now new AKP) member Hüseyin Gülerce concludes that “If the effect of the [candidate] lists´ not being prepared well is “1” for the elections, the effect of HDP´s passing the threshold is “10.”

HDP´s remaining under the threshold makes it easier for the AKP-MHP to take the majority of the seats in the parliament. However, this tactic also contains a plan for the second round of the presidential election (if the second round really remains). HDP´s remaining under the threshold would cause a mess among HDP voters, who the AKP is calculating on choosing not to go to the ballot box again, or vote for Erdoğan as a protest against HDP´s not being involved to the “zero thresholds” alliance.

So, the calculations of the “Republican Alliance” are not just unfair, but also go against moral norms.

Breaking this calculation is a duty for the democracy forces which support HDP as well as the citizens who are aware that pushing HDP under the threshold is a key step towards the “single man regime”.  For this reason, it is vital to overcome the blindness of the “National Alliance” and the “leftist boycotters” who unable to direct their supporters, and support Demirtaş and to form a public alliance like in  June 7 elections to help the HDP pass the threshold again.

This was achieved on June 7 by the conscious democratic public opinion, intellectuals and democrats. Even though there were some throwbacks in the November 1 elections, this was achieved again.

Today, under these current conditions, achieving this task is even more vital than in the June 7 elections. If we organise and work with the public to outline the current developments and what approach is needed, we can thwart the AKP-MHP alliance calculations and reveal the carelessness of the “National Alliance”.