Co-chair of HDP, Pervin Buldan: If HDP fails to surpass the electoral threshold, this will be a problem for the other political parties in Turkey. 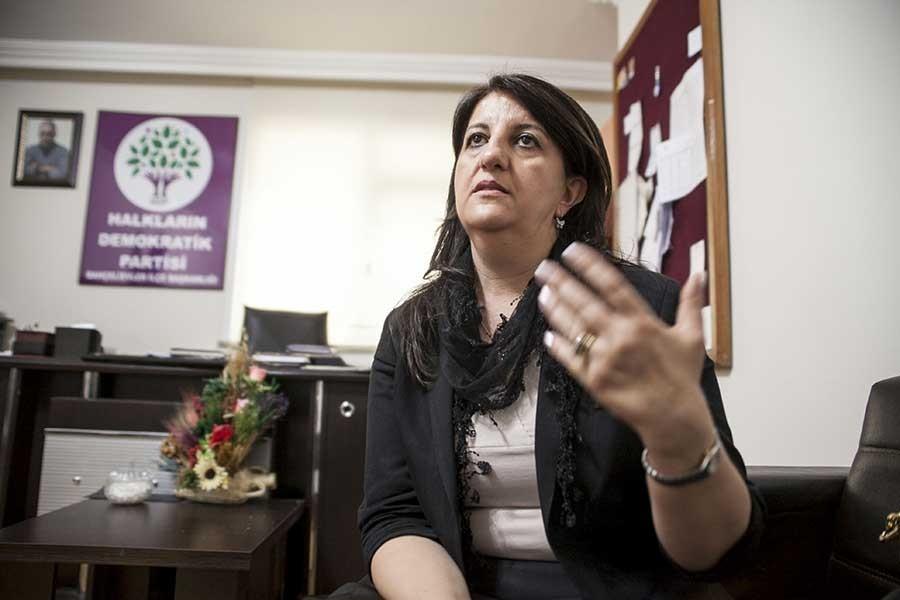 With the confirmation of candidates for the presidency, the focus for the elections shifted to which party will have the majority in the Parliament. It is accepted by all that the Kurdish vote will affect not only the Presidential elections but also determine the outcome of the Parliamentary elections; in which those that do not vote for AKP would be factious according to Tayyip Erdoğan.

HDP, abandoned to face the threshold of 10% [of the total votes] - in a journey that started with calls for ‘zero threshold’ in an attempt to democratise Turkey and to stop the one-man, one-party regime which is the goal of the Presidential Alliance - will today reveal its own roadmap in attempting to surpass the threshold. The statement made by Selahattin Demirtaş, the HDP presidential candidate, will be important in giving substance to the slogan “It can change with you.”

Nine MPs, including Demirtaş, elected mayors, thousands of members and intendants of HDP are in prison; 11 MPs of the party also had been relieved of their duties as MPS. How will the party overcome conditions of the State of Emergency (OHAL), the antidemocratic election laws and the never-ending operations?

We discussed the key issues of the election with the co-chair of HDP, Pervin Buldan.

Conditions of OHAL and the recently changed electoral legislation does away with democratic electoral competition, but another important hurdle for HDP is its relentless criminalisation every day. How will your party overcome these hurdles? How will you get your message to the electorate?

Indeed, it is hard to run an electoral campaign under OHAL but this is not an issue that affects HDP only. The whole of the population in Turkey is affected by OHAL; other parties are subjected to it too. Under conditions where our colleagues are prosecuted every day, we will, of course, find a way to reach the electorate and our base; we will build a network to take our message to the population through activities and rallies. Maybe we will not be heard on media outlets controlled by the government but we will share every activity, meeting and rally with peoples of; Turkey even if it's only through social media. Our main job will be to meet the electorate on the doorstep and we will try to go to every door.

Considering that the change in electoral legislation is targeting to ‘not let HDP come out of the ballot box’’ in the region, what will your strategy in the region be?

The people will take ownership of the ballot boxes, we are sure of that. This is not the first time we face such conditions. Regardless of its legalisation of these acts this time around, we know that such tactics are used in every election period. Regardless, the Kurdish electorate is very political; they are aware of these tactics and irregularities. Therefore we will call on the electorate to “ not leave the ballot boxes unattended, protect your votes; stay there until the evening of the 24th of June”. I sincerely believe that the electorate and our supporters will act with this consciousness and drive. Our people will protect their votes and ballot boxes with political conviction, without falling into the trap of provocations, in a calm and measured manner.

In discussions for an alliance, CHP took a ‘non-party political’ stance, but its reluctance to insist on the inclusion of HDP was seen as ‘lack of courage’. What is your take on this: is it lack of courage; an attempt to prevent attacks by the ruling block; or the fact that the perspective of the CHP executive is not too dissimilar to the line of the ‘state’?

Let me make one thing clear: as of now, CHP already lost its status as the main opposition party. The separation and turning a blind eye displayed by the ‘main’ opposition party is watched closely by the peoples of Turkey. We held no discussions behind closed doors, neither did we attempt to bargain with anyone. They entered an alliance and decided to leave HDP out of it. It is clear that, as it stands, the threshold targets HDP only. We are indeed capable of surpassing the threshold. Nevertheless, we believe that the course taken is not a democratic one. CHP is the respondent to the question on why HDP was shunned; they should answer this question rather than us.

It should not be forgotten that AKP will have 70 to 80 more MPs, should HDP fail to surpass the electoral threshold. The electorate cannot ignore this reality as it will impact on the future of the country. Everyone should be concerned about the fact that the AKP-MHP coalition will subject the population of Turkey to more than what they already suffered. This is not only our problem; it is also a problem for CHP, İYİ Party, SP and all other political parties in Turkey. I think people should really consider this both from a democratic and a political perspective.

Let's talk about the AKP manifesto - mainly uninspiring and unconvincing - from the perspective of the promises that operations will be continued and further operations will be launched. If it is important for Erdoğan and AKP to secure the Kurdish vote, why this emphasis on security politics?

First, I would like to make it clear that the AKP manifesto is one of total collapse. And yes, Erdoğan did give a message that promises more of the same. For this reason, especially Kurds who vote for AKP must seriously consider their decision.

Imprisoned Kurdish politicians, as well as what happened in Afrin and clear indications that the attitude towards Kurdish people will continue to be one of security politics; all of these are discussed very seriously among the Kurdish population. I must stress that there have been serious fractures and Kurdish support for AKP in the West of the country is greatly reduced.

IT CANNOT BE ACCEPTED POLITICALLY, MORALLY AND CONSCIENTIOUSLY

In terms of antidemocratic conditions and barriers, Selahattin Demirtaş, who has been in prison for a year and a half, is the candidate that is most disadvantaged. His candidacy seems to be supported by wide sections of society, how will you work towards developing this support and making it widespread?

Demirtaş - held hostage in prison - will not be able to run a campaign on an equal footing against the other candidates. This is a situation that is unacceptable politically, morally and in the conscience of politics in Turkey. While his opponents are meeting with the electorate: Demirtaş will try to reach them via twitter or messages - both delivered through his solicitor - being read to us by third parties. I believe that Demirtaş will still receive many more votes than his opponents; the atmosphere is ripe for this to happen. We will continue our campaign, calling for his release and an end to this anti-democratic practice.

Gürkan: Election manoeuvres that leave the people without a choice are ill-judged