When I was walking in Lower East Manhattan last spring with a friend of mine, she told me that she knows a Soviet Lenin statue on top of an apartment building in Manhattan. She thought that it would be interesting. We went to the apartment called 'Red Square' with extreme excitement. The statue was not there. It was removed. It took the wind out of our sails.

CAN’T SEE LENIN BECAUSE OF THE PRIVATE PROPERTY LAW

However, after a short research, I learned that the statue was moved to another apartment, just opposite the previous apartment. It was unfortunate that it was impossible to see the statue, because it was lying down on the roof of its new house. I entered the apartment secretly. But when I saw that the door to the roof top was locked and an alarm was attached, I returned. If you ask me why, the answer is ironic! I could not see Lenin because of private property law. Because in case of this alarm rings, the cops would not welcome a 'foreign' journalist who entered the private property without permit with the intention of seeing a Lenin statue. Of course, things took time to be done. It took quite a while to reach the apartment owner, Peter. The first question when we talked on the phone was whether I was Russian or not. Well, only the Russians could be interested in a Lenin statue!

As we reached out, the history of the statue goes back to the fall of Soviet Union. A Soviet sculptor, Yuri Gerasimov, made this statue. Later, the U.S. photography artists, Joseph Walker, Christopher Ursitti and Paul McGinnis, got it with their gallery activity in the Soviet Uniontowards 90s. Michael Rosen, a retired lecturer from the Department of Business Administration at New York University, one of the associates of the statue’s former apartment, 'Red Square', said “It had apparently been commissioned by the USSR but given perestroika, the statue was no longer wanted.”

When you look at Rosen's interviews, it turns out that the reason why he got this statue is a desire to his interest in retro and its historical texture. And finally, Rosen and photographers' paths cross towards 1989, the beginning of Rosen's planning of the apartment. Rosen and the other owners of the apartment got Lenin's statue to plant on the roof of the building to be opened on July 5, 1991. Rosen stated that he did not meet the sculptor who made the sculpture in the interview we made via e-mail.

When we asked where such an idea came from, he said he enjoyed a mix of symbols and reflecting the Lower East Manhattan workers' rights movement and his own personal background. Finally, when I went to see the sculpture, Trahi (whose name I might have misheard), who is a Tibetan superintendent with 10 children, showed me Lenin. Trahi have a problem with his leg. He did not speak English. He was a migrant laborer living in scarcity at the expense of New York. We use all the communication possibilities to ask Trahi, our brother, about Lenin either he knows, or not. In summary I understand: 'I do not know Lenin. Peter knows', 'he said.

Of course, in Trump’s America, a process has been coming in factories, workplaces, universities, streets which is showing everyone Lenin and Lenin’s teachings are more than a nostalgic art work. That's exactly why Lenin is still standing in the 21st century! 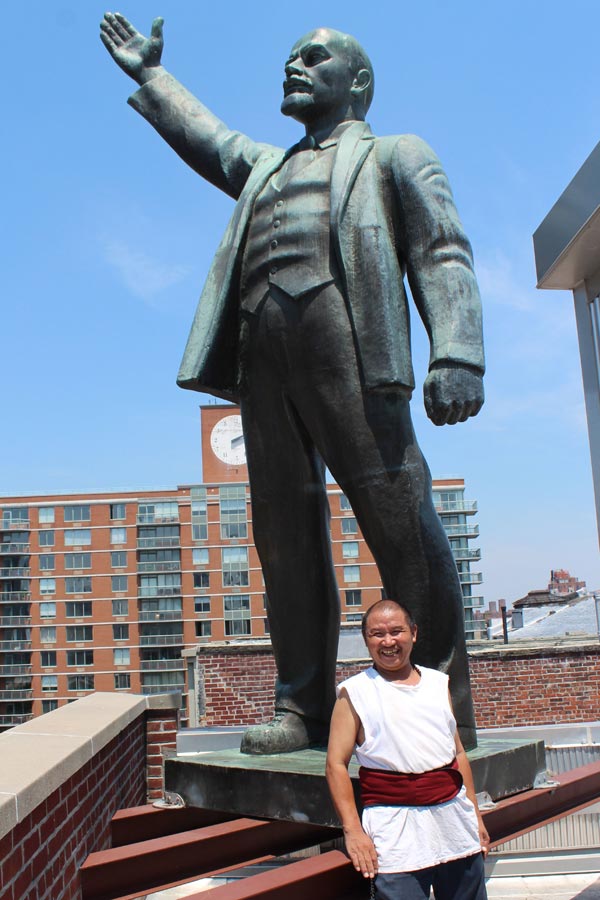 LENINS ALL OVER THE USA

New York’s Lenin Statue is not the only one. There were and are Lenin statues in Las Vegas, Atlantic City (NJ), Seattle and Los Angeles.

The Gao brothers, sculptors from Beijing, made the silver Lenin statue,"Ms. Mao Lenin is trying to show herself in his heart” in Los Angeles. The Gao brothers are artists who made a name with contradictory art in the legacy of the historical world socialist leaders.

The Lenin statue in front of a casino in Las Vegas has no head. In 1999, a small group of locals insisted on removing the statue. However, owners of the casino separatedits head from its body rather than removing the sculpture altogether.

There's a very interesting story in Atlantic City. Chandler producer Al Garrett, who struggled to remove the sculpture in front of a restaurant called Red Square, claimed that the sculpture was an insult to them. However, Restaurant Owner Joe Masauri said that this is part of Russian culture, saying that Lenin and communism. However, the sculpture was removed after the owners of the restaurant left the place.

A 7-ton bronze Lenin statue in the Fremont neighborhood of Seattle, Washington, was brought from Slovakia. The statue started to make in 1981 by a Bulgarian Sculptor, Emil Venkov with the request of the Communist Party of Czechoslovakia, and it was planted in Czechoslovakia in 1988. However, the statue was removed shortly after the fall of USSR. After that, an English Teacher in Washington, Lewis E. Carpenter convinced local managers with the argument the artistic value of the sculpture to bring it to the U.S. with the help of the Sculptor Venkov and the local journalist friend Tomáš Fülöpp.

In the past days, in response to the events of Charlottesville, right after the demolition of the statue of Confederate soldiers in Durham, North Carolina by antifascist activists, the right wingers launched a campaign for the removal of Lenin statue in Seattle in social media. 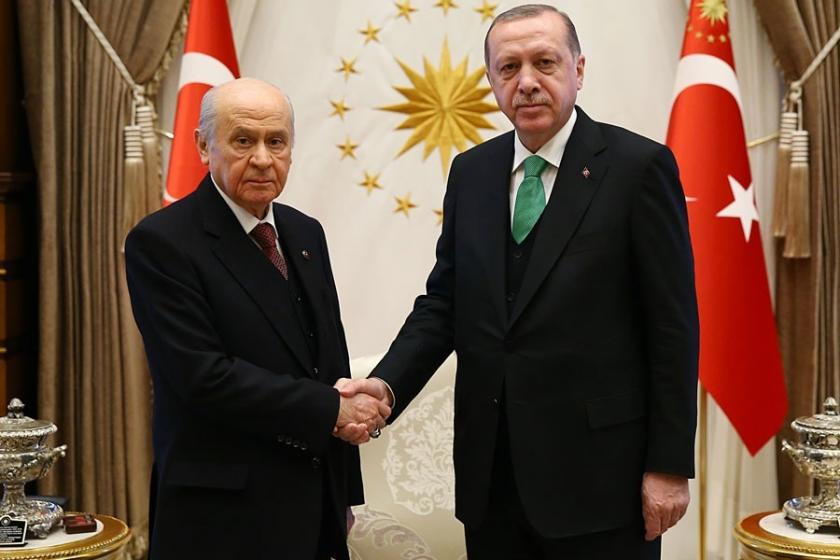 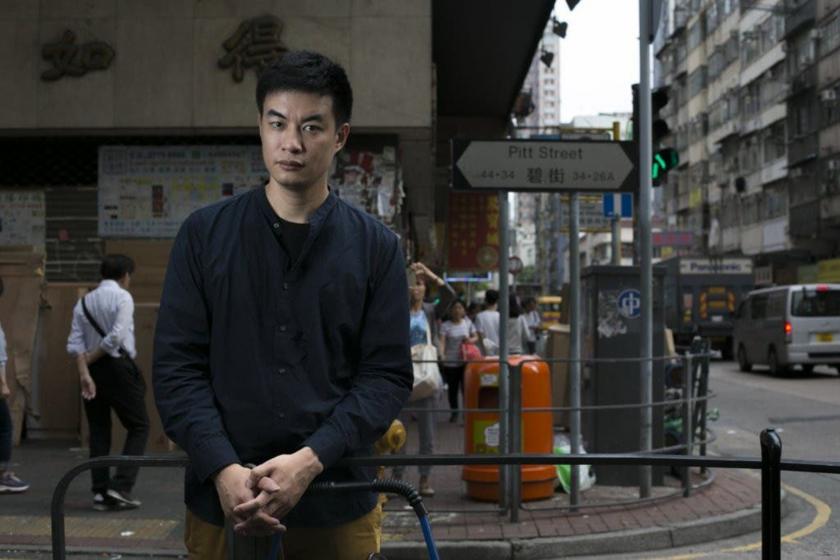 Lee Chun-Fung, an activist from Hong Kong: The movement should discuss ideology 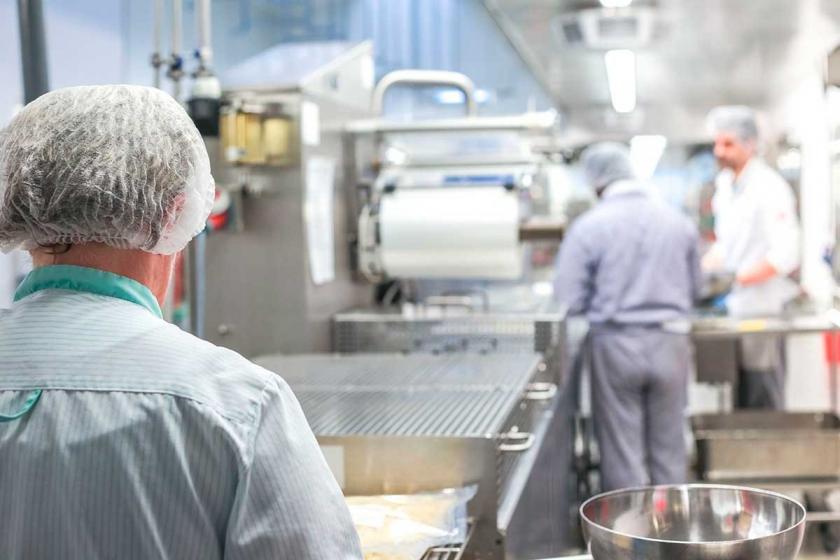 Human rights defenders react to the police violence in Turkey