I say to those newspapers, yes, you succeeded in getting journalists arrested with your slanders but we will carry on defending them to the end. 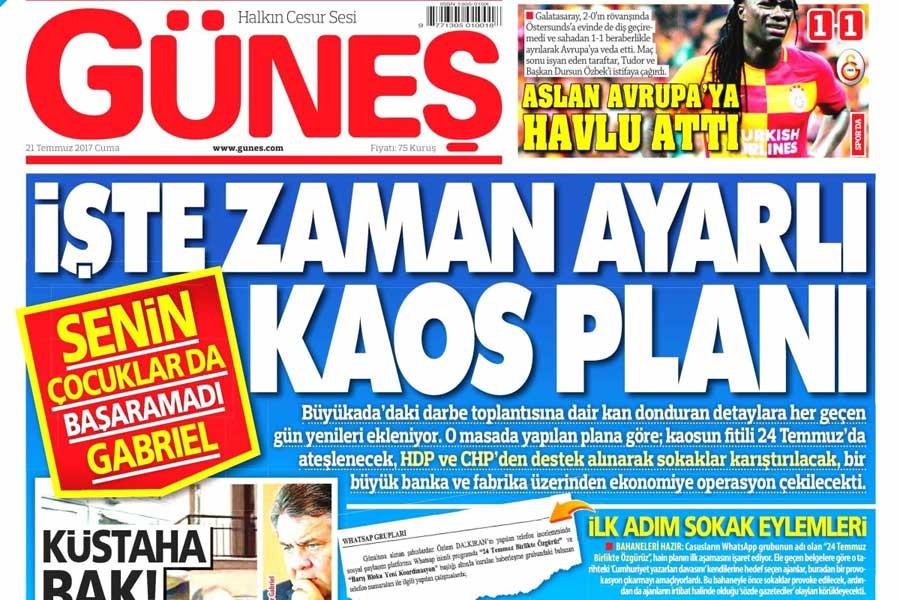 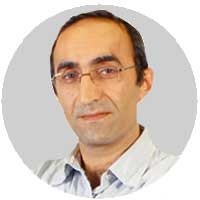 Following the arrest of human rights defenders in Büyükada, İstanbul, pro-government newspapers are now pointing us, journalists, as target: first, in an article in Türkiye newspaper on 12 July with a headline “The 24 July plan has collapsed”, and then in Güneş newspaper on 21 July with the sensational headline “Here is the chaos plan”.

The paper describes the human rights defenders’ meeting on 5 July when they were arrested “a preparatory meeting for a coup” and goes on to say that “the fuse of chaos will be ignited on 24 July”.

And what happens on that day? 24 July is the anniversary of the lifting of censorship in Turkey, and this year it also coincides with the very first court hearing of the 12 Cumhuriyet journalists who have been under arrest since 31 October last year.
We, a group of journalists who campaign for the freedom of the press and for the immediate release of all arrested journalists, decided to mobilise for this hearing with the motto “Together we are free on 24 July”.

It seems that those newspapers stretch the meaning a lot and want to find excuses to send us into prison too.
Güneş newspaper claims that they reached the information on us, campaigning journalists, through the mobile phone records of Özlem Dalkıran, a human rights defender who is now under arrest, also a member of our campaign group.

Let’s now ask the question: How come this “evidence” in an ongoing case, which is supposed to be undisclosed, is leaked to pro-government newspapers when the Cumhuriyet case was opened because of the “news coverage of classified information”?
With its front page coverage, Güneş newspaper points us as a target, using the pictures of some of us and just the names and accusations for some others. Being a member of this campaigning group of journalists I am referred to as “some people from Evrensel newspaper”. In other words, the police and the prosecutors have all our names.

We will of course file a criminal complaint against this newspaper and the reporter. We also ask them if, for some reason, they find themselves arrested one day, who is going to defend or campaign for them?
In a country where more than 160 journalists are under arrest, it is a very honourable thing to organise solidarity actions for the release of these journalists and in defence of the right of people to news and information.

As to Özlem Dalkıran who has been demonised for days, she is one of the human rights defenders who was arrested on 5 July during a professional educatory meeting in Büyükada on “Digital security, information management and tackling stress”. I got to know her 10 years ago when we organised another campaign to mobilise solidarity for Hrant Dink, the editor of Agos, the Armenian bilingual weekly. He was assassinated following another demonising coverage similar to the present one.

Özlem also has an editorial background and that is why she was part of the solidarity campaign work for the coming court hearing of Cumhuriyet journalists on 24 July.

I say to those newspapers, yes, you succeeded in getting her arrested with your slanders but we will carry on defending her to the end.

12 human rights advocates detained at a meeting in Istanbul