USA would intervene in regions where there was tension and turn it into crises and offer both sides a solution, which was referred as Pax Americana. 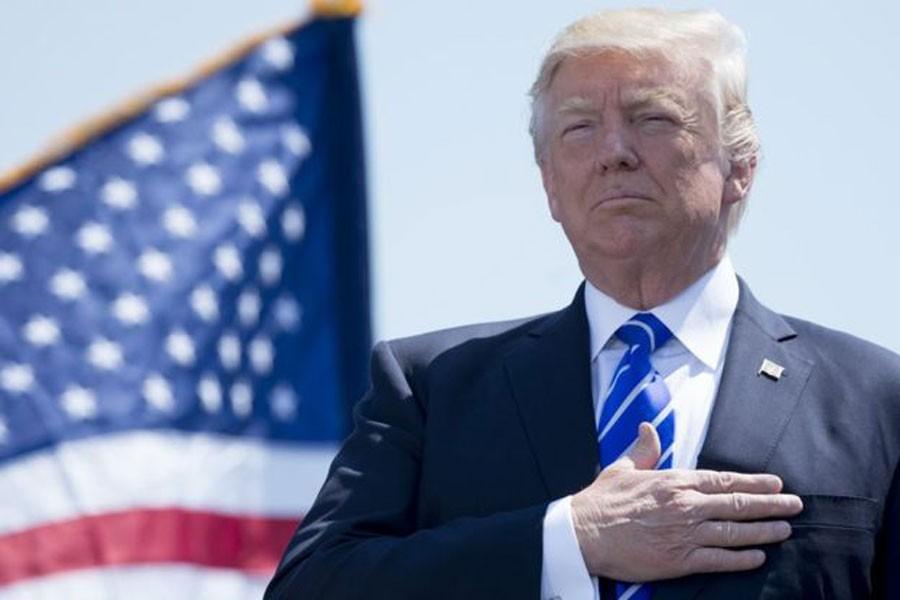 The Qatar crisis is deepening and spreading at an unprecedented rate.

* There are now 10 countries that have turned against Qatar
* ISIS has attacked Khomeini’s tomb and the parliament building in Iran. 17 people have lost their lives in the attack. This is the first time ISIS has directly targeted Iran. Iran has blamed Saudi Arabia for the attacks and voices have been raised with responses such as ‘death to America” and “revenge”.
* Russia made a statement that it will continue to stand by and support Iran.
* Saudi Arabia presented Qatar 10 conditions and gave 12 hours to fulfil these conditions. The conditions put forward by Saudi Arabia include all diplomatic ties with Iran to be cut, members of Hamas and Ihvan to be forced out of the country and their bank accounts seized and any support for a terrorist organisation to be ceased.
* During his visit to Turkey last week, Iran’s Foreign Minister Mohammad Javad Zarif discussed the sanctions enforced on Qatar under the leadership of Saudi Arabia.
* Turkey’s agreement with Qatar on constructing a military base in Qatar was brought forward by the AKP government for discussion by Turkey’s Parliament. The agreement was presented to the Parliament and was swiftly passed as a result of the votes of AKP MPs.
* In the last couple of days, Trump made a statement that he is behind the interventions targeting Qatar, then called the Emir of Qatar, invited both sides to the white house, and proposed itself as the mediator in this situation.

It is interesting that a day after President Erdogan made a statement claiming that he doesn’t know who is behind the sanctions against Qatar, it then brings forward a bill approving the construction of a military base in Qatar which was swiftly passed in the parliament.
It is part of the “protocol” that these agreements get approved by the parliament. The agreement proposing the construction of military base was passed through parliament but did not receive the attention it was due. If the bill had not been brought to the parliamentary counsel with the interference of AKP MPs, this bill like the others was going to wait for months before it was approved. The pace at which it went through the relevant stages in the parliament was a statement made by Turkey clearly showing that they stand with Qatar. As such, this move by Turkey was more a political statement rather than a matter of protocol. Moreover, an agreement which provides for three thousand Turkish Armed Forces,  a third of the size of Qatar’s military to be placed in Qatar and also trains the military personnel of Qatar can be seen as a “political military statement” by Turkey.

As a result, Turkey is the only country that stands by Qatar, other than Iran, while 10 other countries have enforced sanctions against it.
AKP – Erdogan government has ignored calls from the main opposition party CHP that Turkey should not take a position on this matter and also has not taken seriously the calls that Turkey should take a mediator role.
The Iranian Foreign minister’s visit to Turkey took place in this context. The common position taken by Turkey – Qatar – Saudi Arabia block against Iran, only a month ago, has now been destroyed and demonstrates that these parties could now come against each other. This is because these countries are sitting in the car which they are not steering the wheel.

IS THIS PAX AMERICANA?

It is astonishing that less than a day passed after Trump bragged that he was behind the Qatar crises, he then phoned the Emir of Qatar and invited him to the White House and offered to be the mediator in this crises.  After second world war where the USA dominated the world, it would intervene in regions where there was tension and turn it into crises and then offer both sides a solution and reconciliation, which was referred to as Pax Americana (American peace).

The conditions for Pax Americana was as follows:
1 – The proposal offered, or rather imposed, by the USA must be accepted by both sides.
2 – USA, as the “initiator” of the agreement must also be the “guarantor”. In short, if the USA does not lead on Pax Americana there will be no peace.
Trump’s triggering and open declaration of this, followed by calling both sides to the white house to make peace is a typical “Pax Americana” sort of behaviour.
The speed of this process is probably due to the Trump factor.
With this move, he aims to fix the broken discipline in the area and reset the balance of American reaction. The stick for securing discipline is the punishment of Iran and the fight against terror.

A ‘NEW ANGLE’ IN USA’S INTERFERENCE IN THE REGION

Of course, for Trump’s initiative to be a success Qatar must accept Trump’s “invitation”.
But on the other hand, it is obvious that the Syrian Democratic Forces in its latest battle will rescue Raqqa from ISIS. There is also news that the operations for the rescue of Mosul too are coming to an end. What this means is the widespread weakening of ISIS and other similar jihadi groups in the area will happen. And, the USA is aware of this, which is why it is moving the epicentre of the crisis to the Qatar-Iran axis so that it can bring in line its allied countries, increase its influence in the region and improve its position for “map drawing” in the region.
The USA, recognising that Russia and Iran have gained substantial strength in the region against ISIS, wishes to curtail the power of these two countries as well.

As the results of these developments become more imminent, the failure of Turkey’s foreign policy in Syria and Iraq become even clearer. Qatar’s submission to the “Pax-Americana” in the face of the USA and Saudi Arabian pressure will pull Turkey even lower.
Of course, this raises many important questions; Could Turkey’s closer ties with Iran supported by Russia provide some balance in power in the region against the pressure from the USA and Saudi Arabia alliance? What would be the consequences for a Turkey with Ottoman aspirations to change sides following the failure of its foreign policy in Syria and Iraq?
There are, of course, general answers to this from an anti-imperialist struggle perspective however for more detailed examination we must monitor developments further.

Why is Qatar targeted?

Qatar crisis and it's effects on the Gulf